The La Liga 2 tie at Estadio Carlos Belmonte on Monday will see home side Albacete ready themselves for the challenge from opponents AD Alcorcón.

For all of our match predictions, pre-game poll and statistics for Albacete v AD Alcorcón, scroll down - plus the latest match odds.

Albacete prepare for this game coming off the back of a 2-2 La Liga 2 draw against Rayo Vallecano.

In that game, Albacete managed 55% possession and 8 attempts on goal with 5 of them on target. For Albacete, goals were scored by Álvaro Jiménez (62') and Manu Fuster (73'). Rayo Vallecano had 5 attempts at goal with 2 on target. Esteban Saveljich (2') and Bebé (87') scored for Rayo Vallecano.

Albacete have not been in good attacking form in recent times. Their ‘goals for’ figure equals just 4 vs opposing sides during the course of their previous 6 fixtures. In those games, Queso Mecánico have also seen the number of goals scored against them total 10.

Coming into this fixture, Albacete have not been beaten in the league by AD Alcorcón in their last 6 games.

After tasting defeat last time out to Leganés in La Liga 2 action, AD Alcorcón will be aiming to make amends here.

The stats tell the story, and AD Alcorcón have been scored against in 5 of their last 6 games, conceding 7 goals in all. At the back, Los Alfareros have clearly had some problems. That sort of pattern won’t necessarily be sustained into this match, though.

Coming into this meeting, AD Alcorcón have left without a victory over Albacete in away games against them for the last 3 league matches.

A quick look at their past head to head results going back to 27/01/2018 shows that these fixtures have not been happy ones for AD Alcorcón. They have not been able to register any victories at all whereas Albacete have maintained the edge over them, winning in 83 per cent of those ties.

12 goals were scored between them in this period, with 9 of them from Queso Mecánico and 3 coming from Los Alfareros. The average number of goals per game works out to 2.

On that day, AD Alcorcón managed 61% possession and 14 attempts at goal with 4 of them on target. Their only player on the scoresheet was Hugo Fraile (42').

The match was refereed by Juan Luis Pulido Santana.

Albacete boss Alejandro Menéndez will be happy not to have any fitness worries at all before this match with a completely injury-free group to pick from.

Due to a fully healthy squad ready to go, AD Alcorcón manager Juan Anquela has no fitness worries whatsoever coming into this match.

We feel that AD Alcorcón and Albacete could well end up finding themselves level here, with both teams capable of netting.

It appears that a draw might be on the cards. We’re therefore expecting a close game with a 1-1 score at the end of this one. 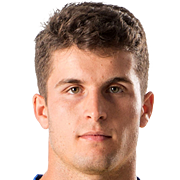 Normally used in the Centre Midfield position, Álvaro Peña was born in Bilbao, Spain. After having made a senior debut playing for CD Lugo in the 2013 - 2014 season, the dangerous Midfielder has hit 2 league goals in the LaLiga2 2020 - 2021 season so far in a total of 30 appearances.

While we have made these predictions for Albacete v AD Alcorcón for this match preview with the best of intentions, no profits are guaranteed. Always gamble responsibly, and with what you can afford to lose.