The Galatasaray v Adana Demirspor live stream video is set to be broadcast on 16/05/2022. Supporters of the teams can watch this clash on a live streaming service if this match is featured in the schedule mentioned above. Here we give helpful information for watching this Super Lig match that includes the most recent guide to form, head to head clashes and our match tips.

To view this match using other sources, look up television schedules in your locality. These broadcasting contracts are generally granted on a per-competition/league or even per-game basis. For games shown live on regional television programmes, check the schedules on channels including BT Sport, Amazon Prime Video, Sky Sports, Now TV, iTV, Canal+, Fox Soccer, ESPN relevant to your current location.

When the abovementioned broadcaster is providing Galatasaray v Adana Demirspor soccer live streaming coverage, you’ll be able to view the game on a mobile (iPhone, Android including Samsung Galaxy) and PC as well as tablet (eg iPad, Venturer).

After the match finishes, we might also provide a link to the match highlights from time to time. We aren’t responsible for the transmission of any match video content linked to from this site. All legal issues must be dealt with via the hosters/owners of said content.

The Super Lig tie at Nef Stadyumu on Monday will see home side Galatasaray fighting it out with Adana Demirspor.

All Galatasaray v Adana Demirspor game predictions, stats and user poll are shown below - as well as the best betting odds.

Galatasaray enter this game coming off the back of a 0-0 Super Lig drawn game against İstanbul Başakşehir.

Fewer than three goals per game were scored during 5 of the last 6 meetings where Galatasaray have been involved. With regard to the goal attribution in that period, their opponents scored a total of 5 while Galatasaray managed a tally of 7.

Since suffering a loss in their previous game against Alanyaspor in Super Lig competition, Adana Demirspor and their travelling fans will hope for a better result here.

The stats tell the story, and Adana Demirspor have been scored against in 5 of their last 6 games, letting opponents get 12 goals in total. At the back, Adana Demirspor could really do with shoring things up. That pattern won’t necessarily follow through into this game, of course.

Going into this one, Adana Demirspor are without a win away from home in their last 4 league matches.

The previous league clash featuring the two was Super Lig match day 18 on 21/12/2021 when it ended Adana Demirspor 2-0 Galatasaray.

On that day, Adana Demirspor managed 38% possession and 10 attempts at goal with 3 on target. Their only player to score was Yunus Akgün (53', 58').

On the other side, Galatasaray had 15 attempts on goal with 7 on target.

Adana Demirspor manager Vincenzo Montella has to contend with a number of unavailable players. Jonas Svensson (Unknown Injury), Loïc Rémy (Unknown Injury) and Benjamin Stambouli (Unknown Injury) are names that won’t be on the team sheet. Enock Barwuah cannot play in this game through suspension.

We feel that Galatasaray are likely to be able to create a good number of chances & successful shots on target.

At the same time, Adana Demirspor could well find it tough to make a breakthrough but we can see them managing to get on the scoresheet as well here.

We’re therefore anticipating a fairly comfortable 3-1 margin for Galatasaray at the conclusion of the game. 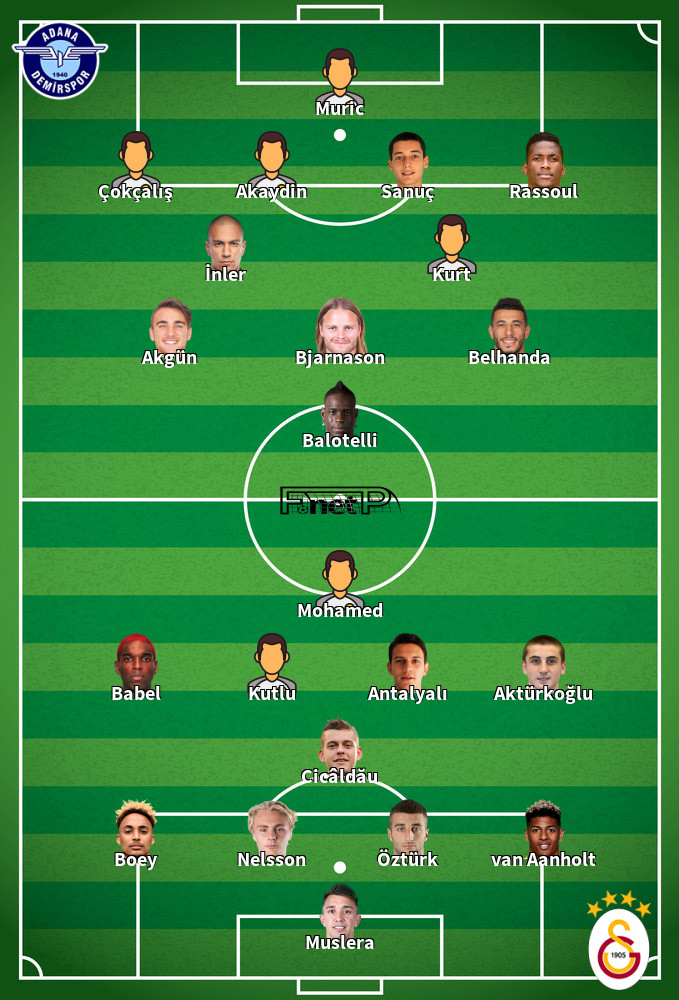 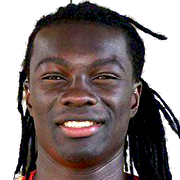 Mostly deployed in the Striker position, Bafétimbi Gomis was born in La Seyne-sur-Mer, France. After making a first senior appearance for St Etienne in the 2003 - 2004 season, the talented Forward has managed 7 league goals in this Süper Lig 2021 - 2022 season to date coming from a total of 12 appearances.

While we have made these predictions for Galatasaray v Adana Demirspor for this match preview with the best of intentions, no profits are guaranteed. Always gamble responsibly, and with what you can afford to lose. Good luck!

⚽️ Where can I find the tips for other Super Lig matches?

Look at all of the next (and previous) Super Lig predictions & previews here.