The Super Lig tie at Konya Büyükşehir Stadium on Tuesday sees home side Konyaspor up against opponents in Adana Demirspor.

Our Konyaspor v Adana Demirspor predictions, statistics and match poll can be seen below - as well as the best betting odds.

Konyaspor will be wanting a better result here after the 0-1 Super Lig defeat last time out to Sivasspor.

Their most recent results reveal that huge efforts have been put in by the Konyaspor backline. Konyaspor have been miserly, with the tally of goals that have gone in at their end over the course of their past 6 games standing at 3. In any event, we’ll just have to find out whether such a trend might continue on here in this game or not.

A series of hard-working showings by the Adana Demirspor defence has resulted in the number of goals they’ve conceded amounting to 4 from their last 6 clashes in total. In that time, their own attack force has managed to score 10.

Coming into this clash, Adana Demirspor are unbeaten in their previous 3 league matches away from home.

The last league contest between these sides was Super Lig match day 3 on 27/08/2021 which ended up with the score at Adana Demirspor 1-1 Konyaspor.

That day, Adana Demirspor managed 45% possession and 14 shots at goal with 3 on target. Their only player on the scoresheet was Britt Assombalonga (59').

At the other end, Konyaspor had 9 shots on goal with 2 on target. Abdülkerim Bardakcı (83') scored.

Nearly everyone is up for selection, with just one fitness concern for the Konyaspor gaffer İlhan Palut to be concerned about from an otherwise complete squad. Artem Kravets (Unknown Injury) won’t play.

Thanks to a mainly available group, there is only the lone fitness problem for the Adana Demirspor gaffer Vincenzo Montella to be concerned with. Kaan Kanak (Unknown Injury) won’t be playing here.

Our feeling is that Adana Demirspor have enough to find the back of the net against this Konyaspor lineup, although it probably shouldn’t be as many as they’ll concede.

We’re expecting a close game with a 2-1 victory for Konyaspor after 90 minutes. 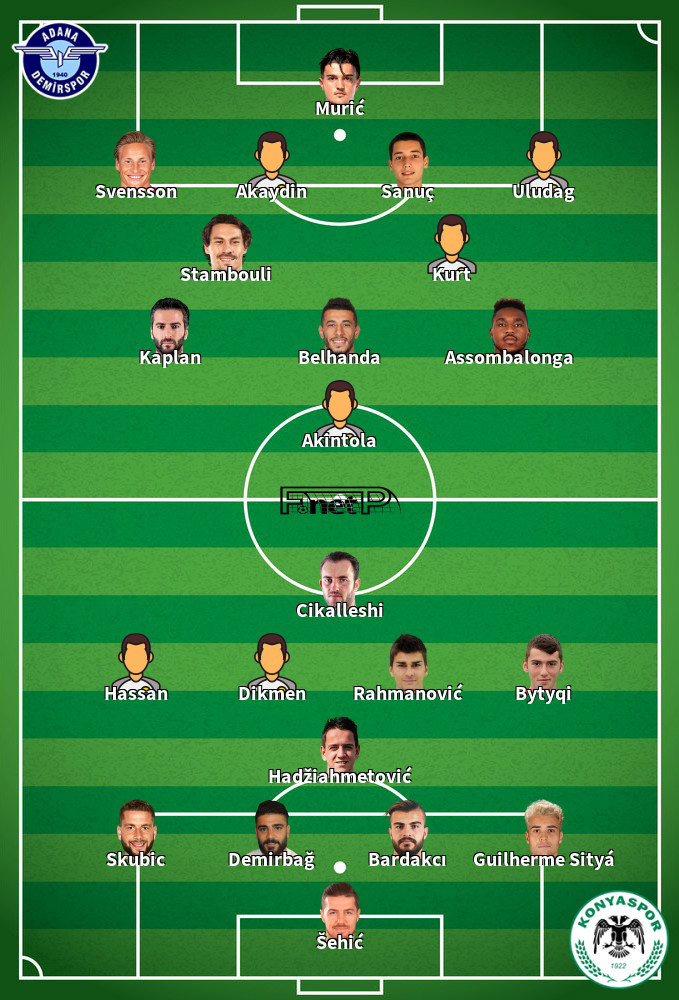