Our full set of predictions, statistics and match poll for Melbourne City v Adelaide United can be seen below - as well as up-to-date odds.

Their most recent results reveal that huge efforts have been put in by the Melbourne City defence. Melbourne City have been mean at the back, with the total number of goals that have gone in at their end over the course of their past six games standing at 4.

Taking a look at their past results, Melbourne City:

Adelaide United will go into the meeting after a 1-0 A-League win vs Macarthur FC in their last outing.

Carl Veart's Adelaide United have fired home a total of 5 times throughout their latest 6 matches. The overall goals that have been scored against them during those same matches adds up to 9.

Going into this one, Adelaide United haven’t won away from home in the past 3 league matches.

Inspecting their prior head-to-head meetings stretching back to 13/05/2021 shows that Melbourne City have won 2 of them & Adelaide United 1, with the number of drawn results standing at 3.

A total of 19 goals were shared by the two clubs in these games, with 11 from City and 8 created by The Reds. That’s an average goals per game figure of 3.17.

The Melbourne City boss Rado Vidošić has a full complement, with no fitness worries whatsoever coming into this clash with a fully healthy group to choose from.

Due to a fully healthy squad available to select from, the Adelaide United manager Carl Veart doesn’t have any fitness worries at all before this game.

For this match, we think that Adelaide United have it in them to find the net against this Melbourne City outfit, although that probably won’t be enough to avoid a loss.

We can see a very close game with a 2-1 winning margin for Melbourne City at the end of the match. Let’s just see how this one goes. 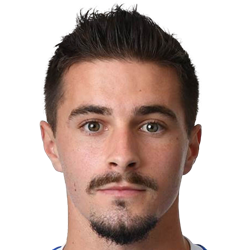 Typically deployed in the Striker position, Jamie Maclaren was born in Melbourne, Australia. Having made his senior debut playing for Perth Glory in the 2013 - 2014 season, the dangerous Forward has netted 13 league goals in the A-League 2022 - 2023 season so far in 12 appearances.

While we have made these predictions for Melbourne City v Adelaide United for this match preview with the best of intentions, no profits are guaranteed. Always gamble responsibly, and with what you can afford to lose. Good luck if you do place a bet today.