Return to this page a few days before the scheduled game when this expired prediction will be updated with our full preview and tips for the next match between these teams.
Full-Time Result Prediction
👉
Perth Glory to Win

The A-League match at Coopers Stadium on Thursday sees hosts Adelaide United prepare for the visit of Perth Glory.

Our tips, poll and stats for Adelaide United v Perth Glory can all be found here (plus the best game odds).

Adelaide United go into this fixture following on from a 1-1 A-League stalemate vs Wellington Phoenix.

The only scorer from Adelaide United was Kristian Opseth (60'). Jaushua Sotirio (65') scored for Wellington Phoenix.

Matches involving Adelaide United have proved to be absorbing ones lately with plenty of scoring being the norm. Over their past half dozen games, a grand total of 22 goals have been recorded for both teams combined (at an average of 3.67 goals per game) with 6 of those accredited to The Reds.

Leading up to this clash, Adelaide United:

Since being beaten in their last game against Wellington Phoenix in A-League action, Perth Glory will be aiming to make amends here.

The only name on the scoresheet from Perth Glory was Dane Ingham (62'). Gary Hooper (32') and Ulises Dávila (48') scored for Wellington Phoenix.

Tony Popović's Perth Glory have slotted home 6 times throughout their latest sextet of matches. The total of goals that have been scored against them during that period adds up to 8.

Their past results show that Perth Glory:

Checking on their prior head-to-head meetings dating back to 03/02/2018 shows us that Adelaide United have won 1 of them & Perth Glory 3, with the tally of draws being 2.

An aggregate of 16 goals were yielded between them in these games, with 5 of them from The Reds and 11 belonging to Glory. The average goals per game has been 2.67.

The last league meeting between these sides was A-League match day 14 on 11/01/2020 which finished with the scoreline of Perth Glory 3-0 Adelaide United.

Adelaide United manager Carl Veart will be grateful to have no fitness worries at all ahead of this game thanks to a fully healthy group available to choose from.

With a fully healthy squad ready to go, Perth Glory boss Tony Popović has no fitness concerns to report coming into this game.

We’re of the opinion that Adelaide United will likely create enough chances to score against this Perth Glory lineup, although just one goal might not quite prevent them from conceding a couple at the other end.

Therefore, we’re predicting a 1-2 winning margin for Perth Glory at the end of the 90 minutes. Let’s see what eventuates. 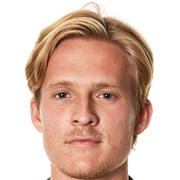 Mostly taking up the Left Attacking Midfielder position, Ben Halloran was born in Cairns, Australia. Having played his first senior match for Gold Coast United in the 2010 - 2011 season, the dangerous Midfielder has scored 7 league goals in the A-League 2019 - 2020 campaign so far from a total of 18 appearances.

We have made these Adelaide United v Perth Glory predictions for this match preview with the best intentions, but no profits are guaranteed. Please always gamble responsibly, only with money that you can afford to lose. Best of luck with your selections.