To see all of our predictions, user poll & stats for Adelaide United v Wellington Phoenix, scroll down (plus the best game odds).

Adelaide United enter this fixture following on from a 0-0 A-League draw vs Western United.

The Reds have been finding it hard to keep clean sheets lately, but they have also managed to hit the back of the net themselves. Analysis of their previous 6 games shows that The Reds have been punished defensively in 5 of them while also scoring in 5 of those matches.

Looking at their past form shows that Adelaide United:

In their last fixture, Wellington Phoenix drew 0-0 in the A-League match with Brisbane Roar.

The numbers tell their own story, and Wellington Phoenix have been scored against in 5 of their last 6 matches, with opponents netting 8 goals overall. Defensively, The Nix have not been doing too well. We will just have to see if that trend will end up being sustained into this next match.

Their past results show that Wellington Phoenix:

Checking out their prior head to head duels going back to 24/11/2018, neither club has come out on top overall with Adelaide United winning 2 of those games, Wellington Phoenix 2 and 2 being drawn in normal time.

16 goals were scored between them in this period, with 9 of them from The Reds and 7 coming from The Nix. That’s an average goals per game of 2.67.

The last league game between these sides was A-League match day 18 on 25/04/2021 when the final score was Wellington Phoenix 2-1 Adelaide United.

On that occasion, Wellington Phoenix managed 42% possession and 16 shots at goal with 6 on target. Goals were scored by Ben Waine (58') and Tomer Hemed (97').

Adelaide United got 17 attempts at goal with 6 of them on target. Stefan Mauk (51') was the scorer.

The match was refereed by Adam Kersey.

Adelaide United boss Carl Veart will be grateful not to have any fitness worries to speak of ahead of this match with a completely injury-free group to pick from.

Thanks to a completely injury-free group to pick from, Wellington Phoenix manager Ufuk Talay has zero fitness concerns whatsoever before this game.

One thing is for certain, Wellington Phoenix will need to play some great football to be putting goals past a Adelaide United team who have the quality to win well here.

We predict a very comfortable 3-0 victory for Adelaide United at the end of this one. 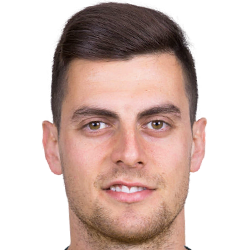 Regularly used in the Striker position, Tomi Jurić was born in Sydney, Australia. Having made a first senior appearance for Lokomotiva Zagreb in the 2011 - 2012 season, the talented Forward has scored 7 league goals in this A-League 2020 - 2021 campaign so far from a total of 13 appearances.

While we have made these predictions for Adelaide United v Wellington Phoenix for this match preview with the best of intentions, no profits are guaranteed. Always gamble responsibly, and with what you can afford to lose. Good luck with your selections.