For all of our match predictions, pre-game poll and statistics for ADO Den Haag v FC Dordrecht, scroll down - as well as up-to-date odds.

Den Haag will want to continue from where they left off last time out with the 0-2 Eerste Divisie triumph versus Telstar.

Fewer than three goals per match were seen in 5 of the past 6 fixtures where ADO Den Haag have been participants. In terms of the goal distribution in that period, opposing sides scored an aggregate of 4 and ADO Den Haag totted up 9.

Heading into this contest, ADO Den Haag haven't lost in the league to FC Dordrecht in their previous 3 games.

Since tasting defeat last time out to De Graafschap in Eerste Divisie action, FC Dordrecht and their travelling fans will hope for a better result here.

In a total of 6 of the previous 6 games featuring FC Dordrecht, a minimum of three goals have been struck. The average goals scored per game within that time is 4.67, with the number of goals averaged by FC Dordrecht equalling 1.33. We will have to find out whether or not that trend can be sustained in this game.

Going into this game, the form guide shows that FC Dordrecht:

Checking on their past head-to-head meetings stretching back to 23/08/2002 tells us that Den Haag have won 4 of these & FC Dordrecht 1, with the number of drawn results standing at 1.

In all, 16 goals were yielded between them in these games, with 9 of them from De Residentieclub and 7 coming from Schapenkoppen. That’s an average goals per game of 2.67.

The last league meeting between these clubs was Eredivisie match day 22 on 07/02/2015 when it ended FC Dordrecht 0-0 ADO Den Haag.

The Den Haag manager Ruud Brood has no fitness concerns at all coming into this game owing to a completely injury-free squad to choose from.

With a fully healthy squad ready to go, the FC Dordrecht boss Michele Santoni has zero fitness concerns to speak of ahead of this clash.

We’re inclined to think that ADO Den Haag will most probably convert a lot of goal-scoring opportunities.

At the other end, FC Dordrecht may well find it hard getting on the scoresheet although we do see them seeing enough of the ball to score, too.

We reckon that it will be a 3-1 winning score for ADO Den Haag when the full-time whistle blows. 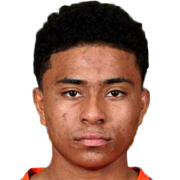 Normally taking to the field in the Right Wing position, Vicente Besuijen was born in Bogotà, Colombia. Having made a first senior appearance for ADO Den Haag in the 2020 - 2021 season, the goalscoring Forward has scored 6 league goals in this Eerste Divisie 2021 - 2022 campaign so far coming from a total of 16 appearances.

We have made these ADO Den Haag v FC Dordrecht predictions for this match preview with the best intentions, but no profits are guaranteed. Please always gamble responsibly, only with money that you can afford to lose. Good luck with your selections.