Our full set of predictions, statistics and match poll for Den Haag v FC Groningen can be seen below - plus the latest match odds.

Den Haag will be hoping for a better result following a 2-0 Eredivisie defeat in their last game at the hands of Heracles Almelo.

ADO Den Haag haven’t made the most of their chances of late. Their ‘goals for’ figure equals just 4 against opposing sides over the course of their last 6 outings. In those meetings, De Residentieclub have also seen the tally of goals that have gone against them come to 15. Despite that, we must now wait to see whether such a trend shall be sustained in this next game.

Looking at their past form shows that Den Haag:

Following on from a loss in their previous game against PSV Eindhoven in Eredivisie action, FC Groningen and their travelling fans will hope for a better result here.

The stats don’t lie, and FC Groningen have been scored against in 5 of their last 6 matches, seeing opposing sides hit 9 goals overall. Defensively, Trots van het Noorden have clearly had some problems.

Ahead of this clash, FC Groningen have not beaten ADO Den Haag in away games against them for the last 2 league games.

Looking at the statistics for their head to head meetings going back to 08/04/2017, it’s been all-even between these two clubs with Den Haag winning 2 of those games, FC Groningen 2 and 2 being draws in regulation time.

A combined total of 14 goals were scored between the two sides during those clashes, with 6 of them from De Residentieclub and 8 coming from Trots van het Noorden. This gives an average number of goals per game equal to 2.33.

The last league clash between these clubs was Eredivisie match day 17 on 14/12/2019 when it finished ADO Den Haag 1-1 FC Groningen.

Den Haag boss Aleksandar Ranković will be happy not to have any fitness concerns at all ahead of this clash owing to a fully injury-free group ready to go.

Groningen boss Danny Buijs has not got a full squad to pick from. Arjen Robben (Groin Injury) and Gabriel Gudmundsson (Ankle Injury) will not be playing here.

We’ve got the feeling that Den Haag will have a tough ask to hit the back of the net against this FC Groningen outfit who we think might gain the upper hand.

We’re therefore predicting a highly competitive game with a 0-1 win for FC Groningen when the referee blows for full-time.

Over/Under 2.5 Goals Prediction for Den Haag vs FC Groningen
Under 2.5 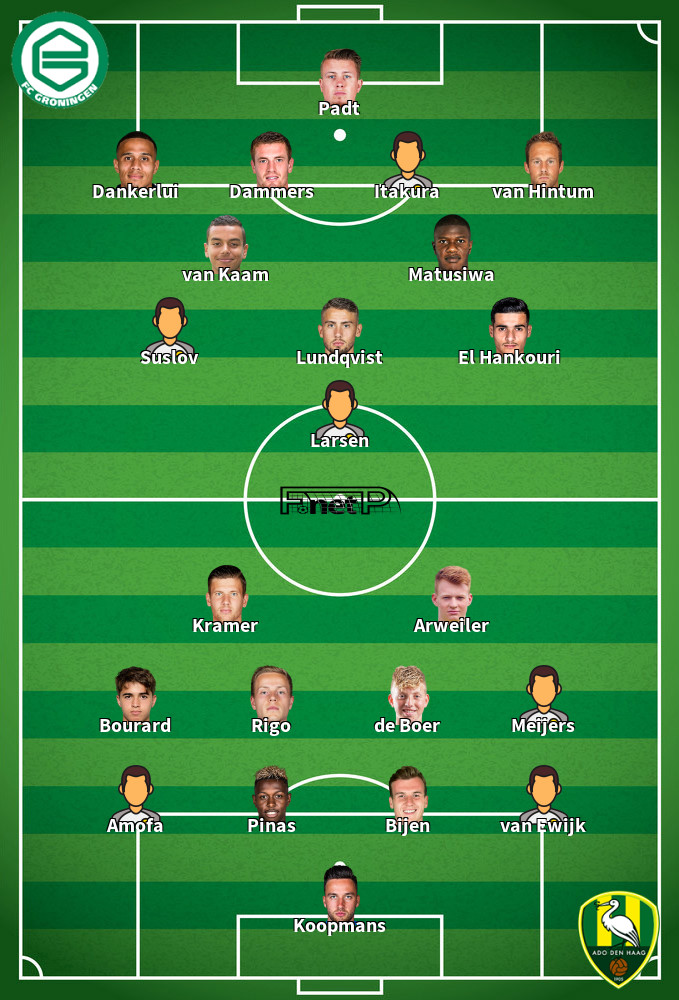 We have made these Den Haag v FC Groningen predictions for this match preview with the best intentions, but no profits are guaranteed. Please always gamble responsibly, only with money that you can afford to lose. Good luck with your selections.