Our ADO Den Haag v NAC Breda predictions, statistics and match poll can be seen below - as well as up-to-date odds.

Den Haag, who won their previous game, will hope for a similar result following a 1-2 Eerste Divisie Play-offs triumph versus NAC Breda.

Giovanni Franken's ADO Den Haag have found the net 7 times over their past half-dozen outings. The corresponding number of goals that have been scored against them in those same games is 7.

Checking out their prior head to head duels dating back to 10/03/2018, there has been little to separate the clubs with Den Haag winning 2 of those games, NAC Breda 2 and 2 being drawn after 90 minutes of play.

In all, 17 goals were scored between them throughout the course of those matches, with 8 of them from De Residentieclub and 9 netted by De Parel van het Zuiden. The average number of goals per game works out to 2.83.

We envisage that NAC Breda will surely be able to put one past this ADO Den Haag outfit, although that realistically won’t prevent them from conceding a couple at the other end.

We can see a tight encounter finishing with a 2-1 advantage for ADO Den Haag by the conclusion of the game. Should be a good one. 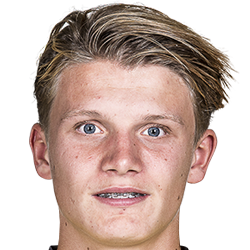 Mostly taking to the field in the Centre Midfield position, Sem Steijn was born in Netherlands. After having made a senior debut playing for VVV-Venlo in the 2018 - 2019 season, the dangerous Midfielder has hit 15 league goals in the Eerste Divisie 2021 - 2022 season to date in a total of 35 appearances.

While we have made these predictions for ADO Den Haag v NAC Breda for this match preview with the best of intentions, no profits are guaranteed. Always gamble responsibly, and with what you can afford to lose. Best of luck.