Return to this page a few days before the scheduled game when this expired prediction will be updated with our full preview and tips for the next match between these teams.
Full-Time Result Prediction
👉
Orgryte to Win

The Superettan match at Gamla Ullevi on Thursday will see home team Orgryte take to the field against AFC Eskilstuna.

All Orgryte v AFC Eskilstuna match predictions, user poll and stats are shown below including the latest game odds.

Orgryte go into this match after a 2-2 Superettan tied result versus AFC Eskilstuna.

Orgryte have been on a persistent run of goalscoring form, netting in each and every one of their last 6 matches.

They’ve hit an aggregate of 8 during that period while seeing the number of goals scored against them stand at 6.

Analysis of their past results shows that Orgryte:

In the course of their 6 most recent matches, Jawad Al Jebouri's AFC Eskilstuna have fired home 9 times, earning them the goals per game average of 1.5.

Leading up to this clash, AFC Eskilstuna:

Inspecting their past head-to-head clashes stretching back to 30/07/2018 shows that Orgryte have won 1 of them & AFC Eskilstuna 3, with the tally of drawn games standing at 2.

A sum of 19 goals were yielded between them throughout the course of those matches, with 7 of them from Sällskapet and 12 belonging to AFC Eskilstuna. That’s an average goals per game figure of 3.17.

The last league game between these sides was Superettan match day 2 on 09/04/2022 when it finished AFC Eskilstuna 4-3 Orgryte.

The Orgryte boss Dane Ivarsson will be grateful not to have any fitness concerns whatsoever ahead of this clash with a completely injury-free squad available for selection.

With a completely injury-free group available to select from, the AFC Eskilstuna manager Jawad Al Jebouri doesn’t have any fitness worries to report before this game.

We’re of the view that AFC Eskilstuna may well find it hard to put one past this Orgryte side who will likely be able to grind out a win.

We therefore think that it’s going to be a narrow 1-0 victory for Orgryte at the end of this one. 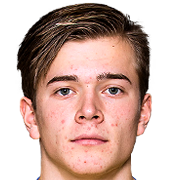 Mostly deployed in the Striker position, Alexander Ahl-Holmström was born in Sweden. After making a first senior appearance for Kalmar FF in the 2018 season, the accomplished Forward has struck 2 league goals in this Superettan 2022 campaign so far in a total of 14 appearances.

We have made these Orgryte v AFC Eskilstuna predictions for this match preview with the best intentions, but no profits are guaranteed. Please always gamble responsibly, only with money that you can afford to lose. Good luck!