The League One meeting at Plough Lane on Monday will see hosts AFC Wimbledon facing opposition in the form of Fleetwood Town.

AFC Wimbledon will be hoping to bounce back here following the 1-0 League One defeat in their last game at the hands of Plymouth Argyle.

Sam Woods (11') was the scorer for Plymouth Argyle.

AFC Wimbledon have struggled with their forward play in recent times. Their ‘goals for’ figure equals just 4 versus opponents over their last 6 fixtures. In those games, The Dons have also seen the number of goals scored against them total 5.

Coming into this clash, AFC Wimbledon are undefeated in their last 3 league matches at home.

Since being beaten in their last game against Peterborough United in League One competition, Fleetwood Town and their travelling supporters will be hoping that they can get a better result in this one.

For 6 of the previous 6 clashes featuring Fleetwood Town, a notably low volume of goals have gone in between them and opposing teams. The overall average number of goals per game during that spell comes out as a meagre 1.33, with the number of goals averaged by The Fishermen equalling 0.83. We shall soon see if that trend will end up being continued on into this next match.

Their prior results show that Fleetwood Town:

If we look at their past head to head meetings going back to 04/08/2018, neither club has come out on top overall with AFC Wimbledon winning 3 of those games, Fleetwood Town 3 and 0 being drawn in normal time.

A combined total of 16 goals were yielded between them in this period, with 7 of them from The Dons and 9 coming from The Fishermen. That’s an average goals per game figure of 2.67.

The previous league game between the two was League One match day 3 on 26/09/2020 which ended up with the score at Fleetwood Town 0-1 AFC Wimbledon.

With a fully injury-free group available for selection, Fleetwood Town manager Simon Grayson does not have any fitness concerns to speak of ahead of this game.

In our opinion, AFC Wimbledon may well find it hard to register a score against this Fleetwood Town side who we reckon will manage to get a goal of their own in a winning performance.

With that in mind, we reckon that it will be a good battle with a 0-1 advantage for Fleetwood Town at the end of the 90. 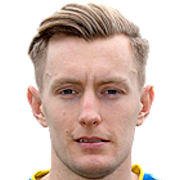 Normally played in the Striker position, Joe Pigott was born in England. After having played his first senior match for Charlton Athletic in the 2013 - 2014 season, the talented Forward has bagged 14 league goals in this League One 2020 - 2021 campaign so far from a total of 35 appearances.

We have made these AFC Wimbledon v Fleetwood Town predictions for this match preview with the best intentions, but no profits are guaranteed. Please always gamble responsibly, only with money that you can afford to lose. Best of luck.