This AFC Wimbledon v Hull City live stream video is set to be broadcast on 26/02/2021. Supporters of the teams can watch the clash on a live streaming service if this match is featured in the schedule provided above. Here we give useful information for watching this League One game that includes the most recent guide to form, h2h meetings and our game tips.

To view the game via alternative methods, search for television listings relating to your locality. These broadcasting rights are often granted on a per-competition/league or even single fixture arrangement basis. For matches shown live on regional tv programmes, check the listings on the likes of BT Sport, Amazon Prime Video, Sky Sports, Now TV, iTV, Canal+, Fox Soccer, ESPN that are relevant for your current location.

Where the abovementioned broadcaster has the rights to the AFC Wimbledon v Hull City football live streaming coverage, you’ll be able to see it on a mobile (iPhone, Android including Huawei) and computer plus tablet (eg iPad, Huawei MediaPad).

After the match finishes, we may also provide a link to the match highlights from time to time. We aren’t responsible for the transmission of any match video content linked to from this site. All legal complaints must be done by contacting the hosters/owners of the content.

The League One tie at Plough Lane on Saturday will see home side AFC Wimbledon facing Hull City.

Scroll down to see all of the predictions, poll and statistics for AFC Wimbledon v Hull City - as well as up-to-date odds.

AFC Wimbledon will be looking for a repeat result of a 1-0 League One triumph vs Gillingham.

The only name on the scoresheet from AFC Wimbledon was Jack Rudoni (89').

It has not been often in recent games where AFC Wimbledon haven’t conceded. The facts show that The Dons have seen their defence breached in 5 of their previous 6 matches, letting in 12 goals on the way. That trend won’t necessarily be carried forward into this game, of course.

Following on from suffering a loss in their previous game against Ipswich Town in League One competition, Hull City and their fans will hope to get a better result this time.

The trend of at least one team not managing to score in games featuring Hull City has been evident recently. Examining their last six games shows that it’s happened 5 times. During these clashes, opposing sides have managed a goal total of 6 and The Tigers have scored 8.

Heading into this contest, Hull City are undefeated in their previous 2 league matches away from home.

The previous league match featuring these clubs was League One match day 7 on 20/10/2020 when it finished Hull City 1-0 AFC Wimbledon.

The referee was Bobby Madley.

AFC Wimbledon boss Mark Robinson will be grateful not to have any fitness concerns whatsoever coming into this clash owing to a completely injury-free group ready to go.

Due to a fully injury-free squad ready to go, Hull City manager Grant McCann has no fitness concerns whatsoever coming into this match.

We feel that AFC Wimbledon should get enough chances to put one past this Hull City outfit, although just one goal possibly won’t quite be good enough.

We therefore reckon that it will be a very close game with a 1-2 victory for Hull City when all is said and done. Hopefully this is a good one. 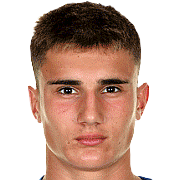 While we have made these predictions for AFC Wimbledon v Hull City for this match preview with the best of intentions, no profits are guaranteed. Always gamble responsibly, and with what you can afford to lose.

⚽️ Where can I see the tips for other League One matches?

View all of the upcoming (and previous) League One predictions & previews here.