Our tips, poll and stats for IF Elfsborg v AIK can all be found here including the latest game odds.

IF Elfsborg, buoyed by their previous result, will be hoping for more of the same after a 0-1 Allsvenskan success versus Halmstads BK.

Their most recent results show that there has been much resilience in the IF Elfsborg rearguard. IF Elfsborg have been miserly, with the number of goals that have gone past their goalkeeper over the course of their last six outings standing at 4. That trend won’t necessarily follow through into this next game, though.

Leading up to this clash, IF Elfsborg:

AIK will go into this clash after a 0-1 Allsvenskan win to defeat Varbergs BoIS in their most recent fixture.

An examination of their most recent head-to-head clashes dating back to 12/08/2018 shows us that IF Elfsborg have won 1 of them and AIK 3, with the tally of draws being 2.

In all, 14 goals were yielded between them in these games, with 5 from Di Gule and 9 created by Gnaget. That’s an average goals per game figure of 2.33.

The IF Elfsborg manager Jimmy Thelin has no fitness concerns at all ahead of this clash with a fully healthy squad available to choose from.

Due to a fully healthy group to pick from, the AIK manager Bartosz Grzelak has zero fitness concerns at all ahead of this match.

We’re envisaging that AIK will need to apply a lot of pressure to break down this IF Elfsborg side who should score one, at least.

We’re therefore tipping a very even contest with a 1-0 winning score for IF Elfsborg when all is said and done. 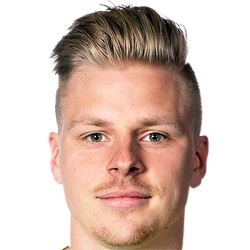 Mostly played in the Striker position, Per Frick was born in Kil, Sweden. After having played his first senior match for IF Elfsborg in the 2012 season, the accomplished Forward has accumulated 7 league goals in this Allsvenskan 2021 season so far from a total of 25 appearances.

While we have made these predictions for IF Elfsborg v AIK for this match preview with the best of intentions, no profits are guaranteed. Always gamble responsibly, and with what you can afford to lose. Good luck!