The League One fixture at Broadwood Stadium on Saturday sees home side Clyde playing against Airdrie United.

View all Clyde v Airdrie United tips, stats and our pre-match poll below - as well as up-to-date odds.

Clyde will want to continue from where they left off last time out with a 2-1 League One victory against Montrose.

For Clyde, the goalscorers were Lewis Jamieson (15') and Nick McAllister (41'). Michael Gardyne (3') scored for Montrose.

It’s been seldom in recent times that Clyde have shown defensive steel. The reality is that Clyde have seen their defence breached in 5 of their previous 6 games, letting in 10 goals along the way. Historical results aside, we will just have to wait and see whether that pattern might be sustained in this next match.

Leading up to this clash, Clyde:

Airdrie United will come into the clash after a 3-2 League One win with the eclipse of Dumbarton in their previous game.

Proving their partiality to high-scoring matches, goals have been celebrated 20 times in the last 6 matches in which Airdrie United have taken to the pitch, making it an average of 3.33 goals per meeting. Opposing teams have got 6 from this total.

Going into this game, the form guide shows that Airdrie United:

An inspection of past results between these clubs stretching back to 15/02/2020 shows that these fixtures have not been good ones for Clyde. They have not been able to come away with any wins at all whereas Airdrie United have maintained the edge over them, finishing as winners in 67 per cent of those match-ups.

The Clyde manager Danny Lennon has zero fitness concerns to speak of before this match thanks to a fully healthy group ready to go.

Owing to a completely injury-free group to choose from, the Airdrie United manager Ian Murray doesn’t have any fitness concerns to speak of before this match.

Looking at these two teams, we feel that Clyde will really need to work well to register a score against this Airdrie United team who we reckon should do enough to score at the other end and edge ahead.

We’re therefore anticipating a highly competitive game with a 0-1 win for Airdrie United at the end of this one. 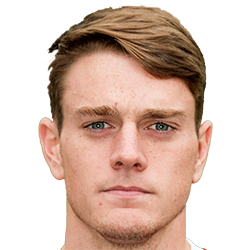 Customarily deployed in the Right Wing position, Ross Cunningham was born in Scotland. Having made a first senior appearance for Hamilton Academical in the 2015 - 2016 season, the dangerous Forward has netted 4 league goals in this League One 2021 - 2022 season to date coming from a total of 20 appearances.

We have made these Clyde v Airdrie United predictions for this match preview with the best intentions, but no profits are guaranteed. Please always gamble responsibly, only with money that you can afford to lose.