The League One game at The Penny Cars Stadium on Saturday sees home team Airdrie United go up against Cove Rangers.

View all Airdrie United v Cove Rangers tips, stats and our pre-match poll below - as well as up-to-date odds.

Airdrie United will be looking for a repeat result of the 0-1 League One triumph vs East Fife.

The only name on the scoresheet from Airdrie United was Calum Gallagher (35').

Airdrie United have been on a persistent run of goalscoring form, hitting the target in each and every one of their last 6 matches.

They have totted up the amount of 13 during that time while seeing the number of goals scored against them stand at 6.

Coming into this contest, Airdrie United haven't been defeated in their previous 5 home league matches.

Cove Rangers head into the match following a 3-0 League One win against Peterhead in their last game.

In a total of 5 of the previous 6 games involving Cove Rangers, three or more goals have been struck. The average goals scored per game within that spell is 3.83, with the average number of goals for Cove Rangers standing at 2.5. We will just have to see whether or not that trend can be continued on in this game.

Going into this encounter, Cove Rangers are without an away win for the past 2 league matches.

Looking at the statistics for their head to head meetings stretching back to 28/11/2020, it’s been all-even between these two clubs with Airdrie United winning 2 of those games, Cove Rangers 2 and 2 being draws in normal time.

A combined sum of 14 goals were shared by the two clubs in these games, with 7 for The Diamonds and 7 for The Wee Rangers. That’s an average goals per game figure of 2.33.

The Airdrie United manager Ian Murray will be thankful to have no fitness worries to speak of before this match with a fully healthy group to pick from.

Owing to a fully injury-free group to choose from, the Cove Rangers boss Paul Hartley does not have any fitness worries to report ahead of this game.

We’re inclined to think that Cove Rangers and Airdrie United are both capable of scoring here.

There should be little in it, and a draw looks to be quite a realistic result. Our tip is therefore for a hard-fought 1-1 scoreline after 90 minutes. 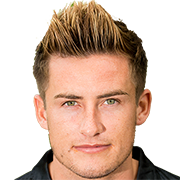 Regularly used in the Centre Midfield position, Rhys McCabe was born in Polbeth, Scotland. After having made a senior debut playing for Rangers in the 2011 - 2012 season, the skilful Midfielder has contributed 4 league goals in this League One 2021 - 2022 season to date from a total of 12 appearances.

While we have made these predictions for Airdrie United v Cove Rangers for this match preview with the best of intentions, no profits are guaranteed. Always gamble responsibly, and with what you can afford to lose.