Falkirk meet visiting side Airdrie United at The Falkirk Stadium in this League One match on Saturday.

Our tips, poll and stats for Falkirk v Airdrie United can all be found here (including the best match odds).

Falkirk, following on from their previous result, will be hoping for more of the same after a 2-1 League One victory vs East Fife.

It has been seldom in recent games where Falkirk have managed to hold out for a full 90 minutes. The facts show that Falkirk have seen their defence breached in 6 of their previous 6 matches, shipping 11 goals on the way.

Airdrie United come into this meeting following a 2-1 League One win to beat Clyde in their most recent fixture.

For Airdrie United, the goalscorers were Callum Smith (10') and Calum Gallagher (57'). David Goodwillie (34') scored for Clyde.

A succession of dependable showings from the Airdrie United defence has seen their ‘goals against’ tally amounting to 4 from their last 6 fixtures combined. In that time, their forwards have scored 8. Such a trend might not be carried forward into this next game, of course.

A glance at their past head to head clashes stretching back to 09/11/2019 shows us that Falkirk have won 1 of these games and Airdrie United 4, with the tally of drawn games being 1.

In all, 14 goals were scored between the two sides throughout the course of those matches, with 5 of them from The Bairns and 9 coming from The Diamonds . This gives an average number of goals per game equal to 2.33.

There aren’t many personnel worries, with just the lone fitness concern for the Falkirk boss Paul Sheerin to be concerned about from an otherwise fully-primed group. Callumn Morrison (Knee Surgery) is out of contention.

Due to a fully injury-free squad available for selection, the Airdrie United boss Ian Murray has no fitness concerns to report ahead of this game.

In our opinion, Airdrie United are certainly able to find the net against this Falkirk lineup, but it possibly won’t be as many as the goals that they could concede.

We can see both teams to score in a 2-1 victory for Falkirk by the conclusion of the game. We are expecting it to be pretty even. 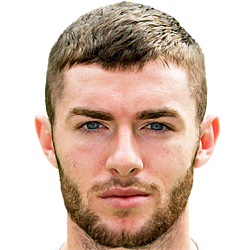 Typically playing in the Striker position, Aidan Keena was born in Mullingar, Rep. Ireland. After making a first senior appearance for St. Patrick's Athletic in the 2017 season, the gifted Forward has managed to score 3 league goals in this League One 2021 - 2022 season so far in a total of 9 appearances.

We have made these Falkirk v Airdrie United predictions for this match preview with the best intentions, but no profits are guaranteed. Please always gamble responsibly, only with money that you can afford to lose. Best of luck with your selections.