Return to this page a few days before the scheduled game when this expired prediction will be updated with our full preview and tips for the next match between these teams.
Full-Time Result Prediction
👉
Greenock Morton to Win

Our Greenock Morton v Airdrie United tips, poll and stats can be seen in full below (plus the best game odds).

Greenock Morton are hoping to win again after their last result, the 3-1 Chamionship Play-offs success over Montrose.

For Greenock Morton, the scorers were Gary Oliver (5'), Cameron Salkeld (19') and Craig McGuffie (120'). Russell McLean (35') scored for Montrose. The game was won by Greenock Morton in extra time.

Gus MacPherson's Greenock Morton have found the net 6 times in their last six outings. At the other end, the number of goals that have been scored against them in those fixtures amounts to 5.

Airdrie United will come into the encounter following a 3-2 Chamionship Play-offs win with the downing of Cove Rangers in their most recent match.

For Airdrie United, the goalscorers were Calum Gallagher (19', 108') and Jack McKay (90'). Mitch Megginson (15') and Rory McAllister (90') scored for Cove Rangers. The match was won by Airdrie United in extra time.

Throughout their six latest matches, Ian Murray's Airdrie United have found the back of the net a total of 10 times - giving them a goals scored per game average of 1.67.

Checking on their most recent head to head clashes dating back to 06/04/2013 tells us that Greenock Morton have won 4 of these and Airdrie United 2, with the tally of draws standing at 0.

A total of 16 goals were shared by the two clubs in these games, with 10 of them for The Ton and 6 for The Diamonds . That’s an average goals per game of 2.67.

Owing to a completely healthy squad available for selection, Airdrie United boss Ian Murray has zero fitness concerns at all ahead of this match.

Looking at these two teams, we feel that Airdrie United are certainly able to break down this Greenock Morton lineup, however it possibly won’t be as many as the goals that they could concede.

We’re expecting a tight encounter finishing with a 2-1 winning margin for Greenock Morton at the end of the match. There looks to be little in this one. 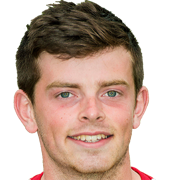 Customarily deployed in the Left Attacking Midfielder position, Craig McGuffie was born in Scotland. After having played his first senior match for Ayr United in the 2015 - 2016 season, the dangerous Midfielder has bagged 3 league goals in this Championship 2020 - 2021 campaign to date coming from a total of 18 appearances.

We have made these Greenock Morton v Airdrie United predictions for this match preview with the best intentions, but no profits are guaranteed. Please always gamble responsibly, only with money that you can afford to lose. Best of luck.