Amiens will be visiting Stade de l'Abbé Deschamps on Saturday for the Ligue 2 meeting with hosts AJ Auxerre.

Our AJ Auxerre v Amiens SC predictions, statistics and match poll can be seen below including the latest game odds.

AJ Auxerre fans will want a repeat of their previous result, being a 1-2 Ligue 2 triumph over Havre AC.

AJ Auxerre haven’t had any problems with scoring, finding the back of the net in each and every one of their last 6 matches.

They have hit an aggregate of 11 during that time while seeing the number of goals scored against them stand at 4.

Coming into this contest, AJ Auxerre have not been beaten in their last 3 league matches at home.

Since being beaten in their last game against Paris FC in Ligue 2 action, Amiens and their fans will hope to get a better result this time.

Over the course of 5 of the past six games involving Amiens SC, a comparatively low number of goals have been struck between them and their opponents. The overall average number of goals per game in that period comes to a mere 1.5, with the average goals for Amiens standing at 0.5. Despite that, we’ll just have to find out whether that trend might be sustained in this next game or not.

The referee was Mathieu Vernice.

The AJ Auxerre boss Jean-Marc Furlan will be happy not to have any fitness worries at all coming into this game owing to a fully injury-free squad ready to go.

Due to a completely healthy squad available to choose from, the Amiens boss Philippe Hinschberger has zero fitness concerns at all coming into this game.

We’ve got the feeling that AJ Auxerre can get amongst the goals when they come up against Amiens SC, who will be up against it to get a goal of their own.

We reckon that it will be a comfortable 2-0 winning margin for AJ Auxerre after 90 minutes. 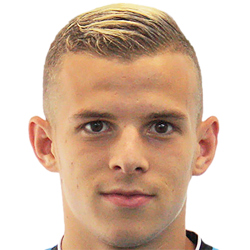 Normally taking to the field in the Left Wing position, Gauthier Hein was born in Thionville, France. Having played his first senior match for FC Metz in the 2016 - 2017 season, the talented Forward has managed 10 league goals in this Ligue 2 2021 - 2022 campaign so far in a total of 34 appearances.

While we have made these predictions for AJ Auxerre v Amiens SC for this match preview with the best of intentions, no profits are guaranteed. Always gamble responsibly, and with what you can afford to lose. Best of luck with your selections.