Grenoble will do battle with visitors AJ Auxerre at Stade des Alpes in the Ligue 2 game on Saturday.

Full predictions, pre-match stats and user poll for Grenoble v AJ Auxerre are shown on this page - as well as the best betting odds.

Grenoble will be hoping to return to winning ways here following the 1-0 Ligue 2 loss in their previous game against AC Ajaccio.

Grenoble have not been in good attacking form of late. Their ‘goals for’ figure stands at just 4 vs opposition teams during their last 6 fixtures. In those games, Grenoble have also seen the number of goals against them come to 8.

Coming into this fixture, Grenoble have not emerged victorious against AJ Auxerre in their last 3 league matches.

Since being defeated in their last game at the hands of Havre AC in Ligue 2 competition, AJ Auxerre will be hoping to turn things around here.

In a total of 5 out of the previous 6 clashes featuring AJ Auxerre, three or more goals have been hit. The average goals scored per match during that spell is 4, with the average number of goals for AJ Auxerre working out to 2. It will be interesting to see whether or not that trend will end up being continued on here.

Heading into this contest, AJ Auxerre remain undefeated by Grenoble when having played them away from home in the previous 2 matches in the league.

Inspecting their most recent head-to-head clashes dating back to 21/12/2018 shows that Grenoble have won 1 of these games and AJ Auxerre 2, with the number of drawn games standing at 3.

A sum of 14 goals were produced between them during those clashes, with 4 for GF 38 and 10 belonging to AJA. The average number of goals per game works out to 2.33.

The match was refereed by Romain Lissorgue.

The Grenoble boss will be grateful to have no fitness concerns whatsoever coming into this clash thanks to a fully healthy group ready to go.

Due to a mostly healthy group, there’s just the lone fitness problem for the AJ Auxerre boss Jean-Marc Furlan to be concerned with. Ousoumane Camara (Cruciate Ligament Rupture) won’t be playing here.

We feel that AJ Auxerre and Grenoble may well end up cancelling each other out here.

It could well end in a draw. We’re therefore tipping a tight encounter, finishing with a score draw at the end of this one. 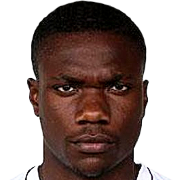 Typically played in the Striker position, Achille Anani was born in Aboisso-Comoé , Ivory Coast. After making a first senior appearance for Grenoble in the 2020 - 2021 season, the accomplished Forward has got 2 league goals in the Ligue 2 2021 - 2022 season so far in a total of 16 appearances.

While we have made these predictions for Grenoble v AJ Auxerre for this match preview with the best of intentions, no profits are guaranteed. Always gamble responsibly, and with what you can afford to lose. Good luck if you do place a bet today.