AJ Auxerre enter this game following on from a 2-2 Ligue 2 drawn result against Valenciennes FC.

Fewer than three goals per match were recorded in 5 of the past 6 meetings where AJ Auxerre have been participants. Breaking down the goal weighting from that period, opposing sides scored a total of 5 while AJA totted up 5. Putting that to one side, we must now wait to see whether that trend shall be sustained in this game or not.

A look at their previous results shows us that AJ Auxerre:

Since tasting defeat last time out to Sochaux in Ligue 2 action, Havre AC will be hoping to turn things around here.

In 6 of the prior six games involving Havre AC, a notably low volume of goals have been hit between them and opposing teams. The overall average number of goals per game in that period comes out as just 1.83, with the number of goals averaged by Le club doyen standing at 0.67.

Inspecting their prior head to head meetings going back to 12/01/2018 tells us that AJ Auxerre have won 1 of these & Havre AC 2, with the number of draws standing at 3.

A combined sum of 10 goals were produced between them during those clashes, with 5 from AJA and 5 for Le club doyen. That’s an average goals per game of 1.67.

AJ Auxerre boss Jean-Marc Furlan has zero fitness concerns at all before this clash owing to a completely healthy squad available to choose from.

Owing to a fully healthy group to pick from, Havre AC manager Paul Le Guen has zero fitness worries to speak of before this game.

Here, we’re thinking that Havre AC will need things to go their way to breach the defence of this AJ Auxerre lineup who we think will manage to score & go ahead.

We’ve gone for a very even match with a 1-0 advantage for AJ Auxerre at the end of the 90. 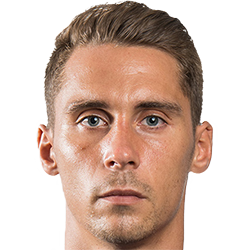 Typically taking to the field in the Striker position, Rémy Dugimont was born in France. Having made a first senior appearance for Clermont Foot in the 2013 - 2014 season, the goalscoring Forward has scored a sum of 11 league goals in this Ligue 2 2020 - 2021 season to date from a total of 27 appearances.

We have made these AJ Auxerre v Havre AC predictions for this match preview with the best intentions, but no profits are guaranteed. Please always gamble responsibly, only with money that you can afford to lose. Good luck with your selections.