AJ Auxerre are the guests at Stade Michel D’Ornano on Saturday for the Ligue 2 showdown with hosts SM Caen.

All of our predictions, stats and the user poll for SM Caen v AJ Auxerre are shown below - as well as the best betting odds.

SM Caen will be looking to improve on their last outing here following a 1-0 Ligue 2 losing effort in their last game against Sochaux.

It has been all too rare in recent times where SM Caen have shown defensive steel. It will be a concern for them that Caen have failed to prevent opponents from scoring in 6 of their previous 6 matches, leaking 9 goals during that time. It will be interesting to see if that trend can be sustained in this game.

AJ Auxerre come into this clash following on from a 2-1 Ligue 2 win versus USL Dunkerque in their previous outing.

In that match, AJ Auxerre had 56% possession and 16 attempts on goal with 4 of them on target. The scorer for AJ Auxerre was Mickaël Le Bihan (33', 55'). For their opponents, Dunkerque had 8 shots at goal with 2 on target. Malik Tchokounté (2') scored for USL Dunkerque.

Proving their partiality to eventful encounters, goals have been celebrated 21 times in the last 6 games in which AJ Auxerre have taken to the field, giving a mean average of 3.5 goals each meeting. Opposition teams have got 9 of these goals.

Heading into this contest, AJ Auxerre haven't beaten SM Caen in away games against them for the last 6 league games. They really have not been travelling well at all.

Looking at their prior head-to-head meetings stretching back to 04/08/2012 shows us that SM Caen have won 3 of them and AJ Auxerre 1, with the number of drawn results standing at 2.

A combined sum of 17 goals were produced between them in this period, with 10 from Caen and 7 created by AJA. That is an average goals per game value of 2.83.

The previous league meeting featuring these clubs was Ligue 2 match day 18 on 05/01/2021 which ended up with the score at AJ Auxerre 1-1 SM Caen.

SM Caen manager Fabrice Vandeputte will be thankful to have no fitness worries to speak of coming into this match owing to a fully injury-free squad available to select from.

With a completely healthy squad to choose from, AJ Auxerre manager Jean-Marc Furlan does not have any fitness worries whatsoever coming into this clash.

We feel that over the course of the game, SM Caen will need to push hard to put one past this AJ Auxerre side who we reckon will be able to grind out a win.

We’re therefore seeing a hard-fought contest, finishing with a 0-1 winning score for AJ Auxerre at the end of the 90. 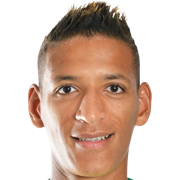 Customarily used in the Striker position, Yacine Bammou was born in Paris, France. Having made a first senior appearance for Nantes in the 2014 - 2015 season, the talented Forward has contributed 6 league goals in the Ligue 2 2020 - 2021 season to date in 17 appearances.

We have made these SM Caen v AJ Auxerre predictions for this match preview with the best intentions, but no profits are guaranteed. Please always gamble responsibly, only with money that you can afford to lose. Good luck with your selections.