Our full set of predictions, statistics and match poll for Toulouse v AJ Auxerre can be seen below - as well as up-to-date odds.

Toulouse will play in this game after a 0-0 Ligue 2 tied result against Amiens SC.

In their preceding six fixtures, Philippe Montanier's Toulouse have scored a combined total of 10 times which gives them an average number of goals scored per match of 1.67.

In their last fixture, AJ Auxerre drew 2-2 in the Ligue 2 match with Nîmes.

A sequence of outstanding displays from the AJ Auxerre defensive unit has seen their ‘goals against’ tally standing at 3 from their last 6 outings overall. Over that same period, their forwards have scored 11.

Their prior results show that AJ Auxerre:

If we look at their past head to head duels stretching back to 28/11/2010, there has been little to separate the clubs with Toulouse winning 3 of those games, AJ Auxerre 3 and 0 being drawn in normal time.

15 goals were scored between the two sides in these games, with 7 of them from Toulouse and 8 created by AJA. This gives an average number of goals per game equal to 2.5.

The previous league contest featuring these sides was Ligue 2 match day 23 on 02/02/2021 and the score finished AJ Auxerre 3-1 Toulouse.

The Toulouse manager Philippe Montanier will be grateful not to have any fitness worries at all before this match owing to a fully healthy squad available for selection.

Thanks to a mainly full-strength group of players, there’s only the lone fitness issue for the AJ Auxerre boss Jean-Marc Furlan to be concerned about. Ousoumane Camara (Cruciate Ligament Rupture) won’t be in action.

We feel that AJ Auxerre certainly have the ability to find the net against this Toulouse team, although it may not quite be enough to avoid a loss.

We’re expecting a very close game with a 2-1 winning score for Toulouse by the time that the referee blows the final whistle. It should be a decent one. 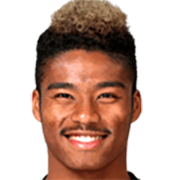 Mostly deployed in the Striker position, Ado Onaiwu was born in Saitama, Japan. Having played his first senior match for JEF United Chiba in the 2014 season, the dangerous Forward has struck 5 league goals in this Ligue 2 2021 - 2022 season to date in 11 appearances.

While we have made these predictions for Toulouse v AJ Auxerre for this match preview with the best of intentions, no profits are guaranteed. Always gamble responsibly, and with what you can afford to lose. Best of luck with your selections.