Our Ajax v Lille tips, poll and stats can be seen in full below - as well as the best betting odds.

Ajax will be looking for a repeat result of the 4-2 Eredivisie victory vs Sparta Rotterdam.

Matches featuring Ajax have proved to be absorbing affairs lately with plenty of scoring expected. Over their past six clashes alone, the sum total of 21 goals have gone in for both sides combined (at an average of 3.5 goals per game) with 16 of them coming from de Godenzonen.

Lille will go into this encounter after a 1-4 Ligue 1 win with the defeat of FC Lorient in their previous match.

A sequence of reliable showings by the Lille defence has seen their ‘goals against’ tally amounting to 3 from their past 6 outings in total. Over that same time, the number of goals that they have scored themselves amounts to 11. That being said, we’ll just have to find out if that trend might persist in this next match.

Due to a mostly full-strength group, there’s only the lone fitness worry for the Lille gaffer Christophe Galtier to be concerned about. Burak Yilmaz (Calf Injury) won’t be playing here.

In our opinion, Lille are likely to break down this Ajax lineup, however that may not quite be enough to avoid a loss.

We can see a 2-1 winning score for Ajax when all is said and done. Let’s see what eventuates. 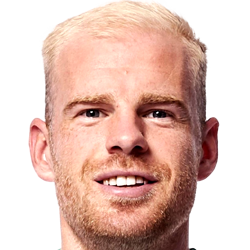 Typically taking up the Central Attacking Midfielder position, Davy Klaassen was born in Hilversum, Netherlands. After having made a senior debut playing for Ajax in the 2011 - 2012 season, the accomplished Midfielder has got 8 league goals in this Eredivisie 2020 - 2021 campaign so far in a total of 17 appearances.

While we have made these predictions for Ajax v Lille for this match preview with the best of intentions, no profits are guaranteed. Always gamble responsibly, and with what you can afford to lose. Best of luck.