Terek Grozny will be hoping to return to winning ways here after the 2-1 Premier League defeat last time out to Sochi.

Terek Grozny have been on a persistent run of goalscoring form, hitting the target in each and every one of their last 6 matches.

They’ve totted up the amount of 7 during that time while seeing the number of goals scored against them stand at 5. Let’s see whether or not that trend will end up being continued on into this next match.

A look at their previous results shows us that Terek Grozny:

Zenit St Petersburg go into this clash after a 5-0 Premier League win with the eclipse of Lokomotiv Moscow in their previous match.

A succession of resolute displays by the Zenit St Petersburg defensive players has resulted in the number of goals they’ve conceded amounting to 3 from their previous 6 clashes combined. During the same period, their own attack force has managed to score 14.

Looking at their past form shows that Zenit St Petersburg:

Inspecting their prior head to head clashes dating back to 17/08/2019 shows us that Terek Grozny have won 0 of these games & Zenit St Petersburg 3, with the number of draws standing at 3.

A sum of 16 goals were yielded between them in these games, with 4 of them for The Wolves and 12 created by Sine-Belo-Golubye. The average goals per game has been 2.67.

In that match, Terek Grozny had 44% possession and 6 attempts on goal with 3 on target.

At the other end, Zenit St Petersburg had 10 shots at goal with 6 of them on target. Yuri Alberto (39') and Aleksandr Yerokhin (90') scored.

The referee was Aleksei Matyunin.

The Terek Grozny boss Andrei Talalayev has no fitness worries to speak of coming into this clash with a completely injury-free group to choose from.

We are thinking that The Wolves may well kick off with a 4-2-3-1 formation for this one, beginning the first half with Giorgi Shelia, Darko Todorovic, Yuri Zhuravlev, Andrey Semenov, Miroslav Bogosovac, Artem Timofeev, Anton Shvets, Lechi Sadulaev, A. Troshechkin, Bernard Berisha and Gamid Agalarov.

Owing to a fully injury-free squad available for selection, the Zenit St Petersburg boss Sergei Semak has zero fitness worries at all before this clash.

We think that Terek Grozny will have to play well to find the net against this Zenit St Petersburg outfit who we reckon should get a goal themselves and run out victorious.

We’re therefore seeing a good battle with a 0-1 winning score for Zenit St Petersburg when the full-time whistle blows. 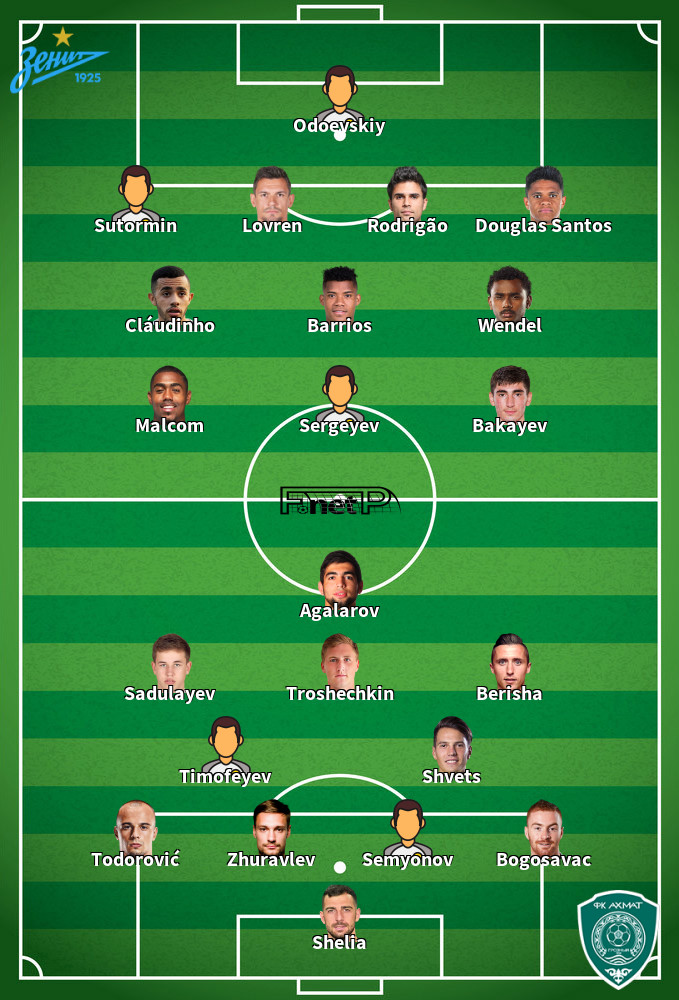 While we have made these predictions for Terek Grozny v Zenit St Petersburg for this match preview with the best of intentions, no profits are guaranteed. Always gamble responsibly, and with what you can afford to lose. We wish you the best of luck.