Alaves line up against visitors Celta Vigo at Estadio Mendizorrotza in this La Liga game on Saturday.

All Alaves v Celta Vigo game predictions, stats and user poll are shown below - plus the latest match odds.

Alaves will play in this game coming off the back of a 2-2 La Liga drawn result versus Sevilla.

In that match, Alaves managed 32% possession and 8 shots on goal with 3 on target. For Alaves, the scorers were Laguardia (5') and Joselu (45'). On the other side, Sevilla FC had 15 attempts on goal with 6 of them on target. Lucas Ocampos (38') and Ivan Rakitić (92') scored for Sevilla.

Javier Calleja's Alaves have hit the back of the net a sum total of 8 times in their past 6 outings. The comparative number of goals that have been scored against them in that same time amounts to 5.

Looking at their past form shows that Alaves:

In the game prior to this, Celta Vigo drew 1-1 in the La Liga tie with Villarreal.

Eduardo Coudet's Celta Vigo have fired home a total of 7 times throughout their previous six matches. The aggregate of goals that have been scored against them during those same matches comes to 7.

Coming into this meeting, Celta Vigo are undefeated in their last 2 away league matches.

Looking over their most recent head to head meetings stretching back to 19/10/2018 shows that Alaves have won 2 of them & Celta Vigo 3, with the number of drawn matches standing at 1.

An aggregate of 15 goals were shared by the two clubs throughout the course of those matches, with 4 from Babazorros and 11 belonging to Os Celestes. The average number of goals per game works out to 2.5.

The previous league contest between these sides was La Liga match day 29 on 04/04/2021 and the score finished Alaves 1-3 Celta Vigo.

That time, Alaves had 53% possession and 18 shots at goal with 7 on target. Their only player on the scoresheet was Florian Lejeune (86').

The Alaves boss Javier Calleja has a full complement, with no fitness worries to speak of coming into this game with a fully injury-free group to pick from.

Thanks to a fully healthy group available for selection, the Celta Vigo manager Eduardo Coudet doesn’t have any fitness worries whatsoever coming into this clash.

In our view, Celta Vigo and Alaves could well both score and end up finding themselves in a fairly even game here.

We’ll see, but this looks like it could end up all-square. We therefore think that it’s going to be a very close game with a 1-1 score draw when all is said and done. 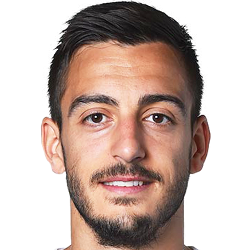 Generally played in the Striker position, Joselu was born in Stuttgart, Germany. Having played his first senior match for Celta Vigo in the 2008 - 2009 season, the skilful Forward has scored a sum of 6 league goals in the LaLiga 2021 - 2022 season so far coming from a total of 13 appearances.

We have made these Alaves v Celta Vigo predictions for this match preview with the best intentions, but no profits are guaranteed. Please always gamble responsibly, only with money that you can afford to lose.