Eibar will do battle with visiting rivals Alaves at The Estadio Municipal de Ipurúa in this La Liga 2 tie on Sunday.

Our tips, poll and stats for Eibar v Alaves can all be found here - plus the latest match odds.

Eibar will play in this game coming off the back of a 1-1 La Liga 2 drawn result vs UD Las Palmas.

The only player to score from Eibar was José Corpas (26'). Alex Suárez (24') was the scorer for UD Las Palmas.

Fewer than three goals per match were recorded in 5 of the past 6 fixtures where Eibar have taken part. Breaking down the goal distribution from that period, opposing sides scored a total of 5 and Eibar totted up 6. However, we will just have to wait and see whether such a trend will persist in this next match.

Going into this one, Eibar haven't been defeated in their previous 8 league matches at home. A very good run at home.

Alaves come into this match following a 1-0 La Liga 2 win to defeat Real Zaragoza in their most recent game.

A run of effective performances from the Alaves defensive players has resulted in their ‘goals against’ tally amounting to 2 from their past 6 outings in total. In that period, their own forwards have managed to score 5.

Ahead of this clash, Alaves are unbeaten in their last 2 league matches away from home.

Checking on their past head to head meetings stretching back to 04/11/2018 shows us that Eibar have won 2 of them and Alaves 3, with the tally of drawn matches standing at 1.

A combined sum of 16 goals were scored between them throughout the course of those matches, with 8 of them from Armeros and 8 created by Babazorros. This gives an average number of goals per game equal to 2.67.

The previous league match featuring these sides was La Liga match day 34 on 01/05/2021 when the final score was Eibar 3-0 Alaves.

On the other side, Alaves got 6 attempts on goal with 2 of them on target.

The Eibar manager Gaizka Garitano doesn’t have any fitness concerns to speak of coming into this game thanks to a fully injury-free squad available to select from.

With a fully injury-free group available to select from, the Alaves boss Luis García Plaza doesn’t have any fitness concerns at all coming into this match.

Looking at these two teams, we feel that Alaves will need to apply a lot of pressure to find the net against this Eibar outfit who should gain the upper hand.

We’re going for a good battle with a 1-0 winning margin for Eibar at the end of this one. 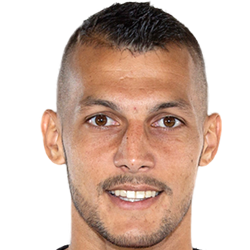 Normally played in the Striker position, Stoichkov was born in San Roque, Spain. Having made his senior debut playing for Mallorca in the 2018 - 2019 season, the goalscoring Forward has managed to score 5 league goals in the LaLiga2 2022 - 2023 campaign so far in a total of 15 appearances.

While we have made these predictions for Eibar v Alaves for this match preview with the best of intentions, no profits are guaranteed. Always gamble responsibly, and with what you can afford to lose. Good luck if you do place a bet today.