Sevilla will host visiting side Alaves at Estadio Ramón Sánchez-Pizjuán in this La Liga match on Saturday.

Sevilla fans will want a repeat of their previous result, being a 0-2 La Liga success vs Real Betis.

In that match, Sevilla had 74% possession and 11 shots at goal with 2 of them on target. The only player to score for Sevilla was Marcos Acuña (55'). Real Betis got 8 attempts on goal with 1 on target. Héctor Bellerín (81' Own goal) was the scorer for Real Betis.

Julen Lopetegui's Sevilla have hit the target a sum total of 11 times over their prior 6 outings. The comparative number of goals that they have conceded in that time amounts to 6.

Taking a look at their past results, Sevilla:

Alaves go into this clash after a 2-1 La Liga win to defeat Levante in their most recent game.

In that match, Alaves managed 61% possession and 10 attempts on goal with 3 of them on target. The only player to score for Alaves was Joselu (77', 91'). Levante UD got 12 attempts at goal with 7 on target. De Frutos (13') was the scorer for Levante.

A succession of effective showings by the Alaves defenders has seen their ‘goals against’ tally amounting to 4 from their previous 6 fixtures combined. In that period of time, their forwards have scored 6.

Heading into this fixture, Alaves are unbeaten in their last 2 away league matches.

An examination of past results between these clubs going back to 02/12/2018 reveals that these fixtures have not been happy ones for Alaves. They’ve not managed to come away with any victories whatsoever whereas Sevilla have simply been better than them, beating them in 67 per cent of those ties.

A total of 11 goals were scored between them in this period, with 8 for Sevillistas and 3 being from Babazorros. That is an average goals per game value of 1.83.

On the other side, Alaves got 11 shots on goal with 2 of them on target.

The Sevilla boss Julen Lopetegui does not have any fitness concerns whatsoever before this match with a completely healthy squad available for selection.

With a completely healthy group ready to go, the Alaves boss Javier Calleja has no fitness worries to report coming into this clash.

Looking at these two teams, we feel that Sevilla will more than likely score at least once when they line up against Alaves, who could well find it tough to get a goal of their own.

We therefore think that it’s going to be a fairly comfortable 2-0 win for Sevilla at the end of the 90 minutes. 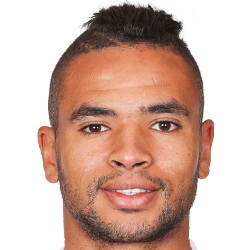 Usually used in the Striker position, Youssef En-Nesyri was born in Fez, Morocco. Having made a first senior appearance for Málaga in the 2016 - 2017 season, the gifted Forward has contributed 3 league goals in this LaLiga 2021 - 2022 season to date in a total of 7 appearances.

We have made these Sevilla v Alaves predictions for this match preview with the best intentions, but no profits are guaranteed. Please always gamble responsibly, only with money that you can afford to lose.