Villarreal make the trip to Estadio Mendizorrotza on Wednesday for the La Liga game with hosts Alaves.

To see all of our predictions, user poll & stats for Alaves v Villarreal, scroll down - along with the latest match odds.

Alaves will be looking for another win after the 1-0 La Liga success against SD Huesca.

Over their preceding 6 games, Abelardo Fernández's Alaves have netted a combined total of 5 times, an average number of goals scored per match of 0.83.

Ahead of this clash, Alaves have not won against Villarreal in their previous 3 matches in the league.

Villarreal go into this encounter following a 1-5 La Liga win over Levante in their last fixture.

Over the course of their last six clashes, Villarreal have bagged the sum of 14 goals. El Submarino Amarillo have additionally got on the scoresheet on each one of those occasions. Over that period, their defenders have had 5 goals go against them. That kind of pattern isn’t assured to be carried forward here, though.

Going into this encounter, Villarreal haven't been defeated in their previous 3 away league matches.

If we look at their past head to head meetings dating back to 10/02/2018, it’s been all-even between these two clubs with Alaves winning 3 of those games, Villarreal 3 and 0 being draws after 90 minutes of play.

A combined total of 21 goals were yielded between them during those clashes, with 9 for Babazorros and 12 being from El Submarino Amarillo. This gives an average number of goals per game equal to 3.5.

The last league fixture featuring the two was La Liga match day 4 on 30/09/2020 which finished with the scoreline of Villarreal 3-1 Alaves.

For their opponents, Alaves had 8 attempts on goal with 3 on target. Edgar Méndez (36') was the scorer.

Alaves manager Abelardo Fernández will be thankful to have no fitness worries whatsoever coming into this match with a completely injury-free squad available to select from.

We’re inclined to think that Alaves will need to apply a lot of pressure to get anything against this Villarreal outfit who we think might just have the edge.

We’re therefore seeing a very competitive game with a 0-1 advantage for Villarreal at the end of the match. 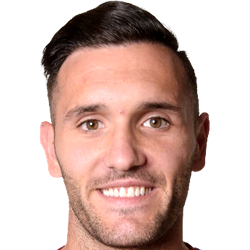 Mostly played in the Striker position, Lucas Pérez was born in A Coruña, Spain. After making a first senior appearance for Rayo Vallecano in the 2010 - 2011 season, the gifted Forward has managed 4 league goals in the LaLiga 2020 - 2021 campaign so far in 21 appearances.

We have made these Alaves v Villarreal predictions for this match preview with the best intentions, but no profits are guaranteed. Please always gamble responsibly, only with money that you can afford to lose. Good luck!