Albacete are the guests at Estadio Martínez Valero on Monday for the La Liga 2 fixture with home team Elche CF.

Our tips, poll and stats for Elche CF v Albacete can all be found here (inc. the best betting odds).

Elche CF will be looking for an improved result here following the 1-0 La Liga 2 defeat in their last game at the hands of CD Mirandés.

At the other end, CD Mirandés had 12 attempts at goal with 3 of them on target. Maranhão (54') scored for CD Mirandés.

Under three goals per match were recorded in 5 of the last 6 fixtures where Elche CF have taken part. In terms of the goal distribution from that period, opposing sides scored an aggregate of 4 while Los Franjiverdes got themselves 4.

In their previous fixture, Albacete drew 1-1 in the La Liga 2 tie with Sporting de Gijón.

During their six most recent matches, Lucas Alcaraz's Albacete have fired home 6 times thus yielding them the goals per game average of 1.

Their prior results show that Albacete:

If we look at their past head to head duels stretching back to 05/03/2011, there is nothing to separate the two clubs with Elche CF winning 2 of those games, Albacete 2 and 2 being draws after 90 minutes of play.

In all, 9 goals were shared by the two clubs in this period, with 5 from Los Franjiverdes and 4 netted by Queso Mecánico. The average number of goals per game works out to 1.5.

The last league fixture featuring these sides was LaLiga2 match day 21 on 21/12/2019 and the score finished Albacete 0-1 Elche CF.

That day, Albacete managed 51% possession and 22 shots on goal with 4 of them on target.

Elche CF manager Juan Pacheta will be happy not to have any fitness worries whatsoever before this game owing to a completely injury-free group available for selection.

With a fully healthy group available for selection, Albacete boss Lucas Alcaraz has no fitness concerns to speak of coming into this match.

In our view, Albacete are likely to breach the defence of this Elche CF outfit, however that probably won’t be enough to avoid defeat.

Our selection here is for both teams to score in a 2-1 victory for Elche CF at full-time. It should be a decent one.

Both Teams to Score Prediction for Elche CF vs Albacete
Yes 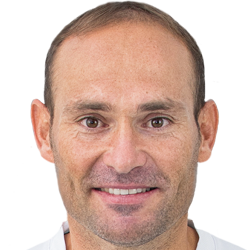 Typically playing in the Striker position, Nino was born in Almería, Spain. After having played his first senior match for Elche CF in the 1998 - 1999 season, the dangerous Forward has hit 7 league goals in the LaLiga2 2019 - 2020 season so far coming from a total of 37 appearances.

While we have made these predictions for Elche CF v Albacete for this match preview with the best of intentions, no profits are guaranteed. Always gamble responsibly, and with what you can afford to lose. Good luck!