Return to this page a few days before the scheduled game when this expired prediction will be updated with our full preview and tips for the next match between these teams.
Full-Time Result Prediction for Albacete vs Extremadura
Albacete to Win
Albacete take on visiting opponents Extremadura at Estadio Carlos Belmonte in the LaLiga2 fixture on Friday.

We feel that Extremadura will have to work hard as a team to get anything against this Albacete team who we think might well be able to get on the scoresheet themselves in a winning performance. Therefore, we predict a very competitive encounter with a 1-0 winning score for Albacete at the end of the 90. Little in this one. Scroll down for all of our predictions, poll and stats for the Albacete v Extremadura game (inc. the best betting odds).

Coming into this clash, Albacete haven’t won at home in the past 2 matches in the league. 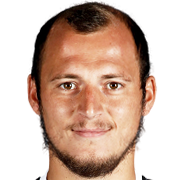 Generally playing in the Striker position, Roman Zozulya was born in Kyiv, Ukraine. Having played his first senior match for Dynamo Kyiv in the 2008 - 2009 season, the skilful Forward has got 3 league goals in the LaLiga2 2019 - 2020 season to date in 16 appearances.

We have made these Albacete v Extremadura predictions for this match preview with the best intentions, but no profits are guaranteed. Please always gamble responsibly, only with money that you can afford to lose. Best of luck with your selections.