Return to this page a few days before the scheduled game when this expired prediction will be updated with our full preview and tips for the next match between these teams.
Full-Time Result Prediction
👉
FC Andorra to Win

FC Andorra are going up against visiting team Albacete at Estadi Nacional in this La Liga 2 fixture on Monday.

Our FC Andorra v Albacete tips, poll and stats can be seen in full below - along with the latest match odds.

FC Andorra will be looking for an improved result here following a 2-1 La Liga 2 defeat last time out to Burgos.

It has been seldom in recent times where FC Andorra have shown defensive steel. It will be a concern for them that FC Andorra have seen their defence breached in 6 of their previous 6 games, shipping 8 goals in the process.

Going into this one, FC Andorra haven't been defeated in their previous 2 league matches at home.

Albacete will go into the match after a 1-0 La Liga 2 win to beat Leganés in their most recent game.

In that game, Albacete had 44% possession and 16 shots at goal with 5 on target. The only player on the scoresheet for Albacete was Jonathan Dubasin (15'). Leganés had 7 attempts on goal with 1 of them on target.

A sequence of hard-working performances from the Albacete defensive unit has resulted in the number of goals they’ve conceded amounting to 2 from their previous 6 clashes in total. In that time, their own forwards have managed to score 8. That sort of pattern won’t necessarily follow through into this match, however.

The previous league meeting between these clubs was La Liga 2 match day 7 on 25/09/2022 which ended up with the score at Albacete 1-1 FC Andorra.

In that game, Albacete had 56% possession and 10 shots at goal with 4 on target. Their only player to score was Maikel Mesa (54').

Thanks to a fully healthy squad to choose from, the Albacete manager Rubén Albés has zero fitness worries to speak of ahead of this game.

Our assessment here is that Albacete will have to perform well to find the net against this FC Andorra lineup who we think might well be able to get on the scoresheet themselves in a winning performance.

We’re therefore seeing a 1-0 victory for FC Andorra at the end of the 90. 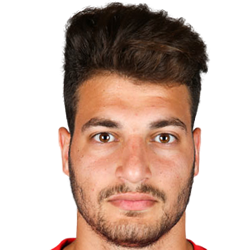 Mostly taking to the field in the Striker position, Sinan Bakış was born in Troisdorf, Germany. Having played his first senior match for Kayserispor in the 2013 - 2014 season, the skilful Forward has struck 8 league goals in this LaLiga2 2022 - 2023 season to date in 17 appearances.

While we have made these predictions for FC Andorra v Albacete for this match preview with the best of intentions, no profits are guaranteed. Always gamble responsibly, and with what you can afford to lose. Good luck!