The La Liga 2 meeting at The Estadio Nuevo Los Cármenes on Friday sees home team Granada up against opponents in Albacete.

Granada won’t want a repeat of their last result here after a 1-0 La Liga 2 defeat in their last game at the hands of Real Oviedo.

Their more recent scorelines shine a light on the fact that much solidity has been shown by the Granada defence. Granada have been mean at the back, seeing the tally of goals that have gone past their goalkeeper during their previous six clashes standing at 3.

Their previous form shows that Granada:

Following on from a losing effort in their last game against Levante in La Liga 2 action, Albacete will be aiming to make amends here.

Rubén Albés's Albacete have managed to stick the ball in the net 6 times in the course of their most recent 6 matches. The number of goals that have been scored against them during those same clashes comes to 6.

Analysis of their past results shows that Albacete:

Looking at the statistics for their head to head meetings stretching back to 11/09/2010, there is nothing to separate the two clubs with Granada winning 2 of those games, Albacete 2 and 2 being drawn in regulation time.

12 goals were produced between them throughout the course of those matches, with 7 of them from Nazaríes and 5 created by Queso Mecánico. That’s an average goals per game of 2.

That day, Albacete had 59% possession and 24 attempts at goal with 6 of them on target.

For their opponents, Granada got 8 attempts at goal with 2 on target. Adrián Ramos (76') scored.

The referee was Valentín Pizarro Gómez.

There aren’t many personnel worries, with just the lone fitness concern for the Granada gaffer Aitor Karanka to be concerned with thanks to an otherwise robust set of players. Raúl Torrente (Cruciate Ligament Rupture) won’t play.

Due to a fully injury-free group available for selection, the Albacete boss Rubén Albés has no fitness concerns whatsoever before this match.

We feel that over the course of the game, Albacete might need a bit of good fortune to put one past this Granada team who we reckon should be able to grind out a win.

We’re therefore predicting a very even match with a 1-0 winning score for Granada at the end of the 90 minutes. 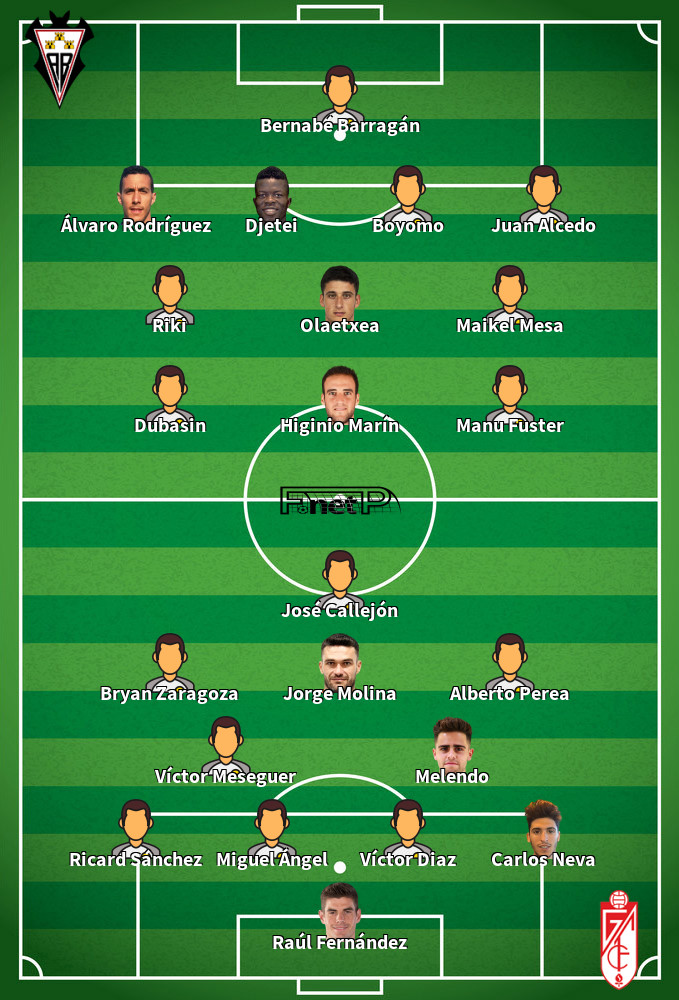 Mostly playing in the Right Wing position, José Callejón was born in Motril, Spain. After making a first senior appearance for Real Madrid B in the 2006 - 2007 season, the accomplished Forward has struck 2 league goals in the LaLiga2 2022 - 2023 season to date in 15 appearances.

While we have made these predictions for Granada v Albacete for this match preview with the best of intentions, no profits are guaranteed. Always gamble responsibly, and with what you can afford to lose. Good luck if you do place a bet today.