Our tips, poll and stats for Albacete v Sporting Gijón can all be found here - plus the latest betting odds.

Albacete will be wanting a better result here following a 3-1 La Liga 2 defeat last time out to Leganés.

Over their past six games, Alejandro Menéndez's Albacete have celebrated scoring a total of 6 times, an average number of goals per match equal to 1.

Their previous form shows that Albacete:

Sporting Gijón come into this encounter after a 1-0 La Liga 2 win versus Málaga in their last match.

A tendency of at least one side getting a clean sheet in games involving Sporting Gijón has become fairly consistent of late. Checking on their last six meetings reveals that it has happened 5 times. In those clashes, their opponents have managed a goal aggregate of 5 while Rojiblancos have scored 7. That being said, it remains to be seen whether the trend might be sustained in this upcoming match.

Going into this game, the form guide shows that Sporting Gijón:

Checking on their most recent head to head clashes dating back to 29/04/2018 tells us that Albacete have won 1 of these games & Sporting Gijón 2, with the number of drawn games standing at 3.

In all, 11 goals were scored between the two sides in these games, with 5 for Queso Mecánico and 6 coming from Rojiblancos. That’s an average goals per game figure of 1.83.

The previous league meeting featuring the two was La Liga 2 match day 16 on 03/12/2020 when the final score was Sporting Gijón 0-0 Albacete.

That time, Sporting Gijón managed 62% possession and 14 shots at goal with 5 on target.

For their opponents, Albacete got 4 attempts on goal with 1 on target.

Albacete boss Alejandro Menéndez doesn’t have any fitness worries at all coming into this game owing to a completely healthy group available to choose from.

Due to a fully healthy squad available to choose from, Sporting Gijón manager David Gallego has zero fitness concerns to speak of before this match.

We’re of the opinion that Albacete should be able to breach the defence of this Sporting Gijón outfit, but one goal likely won’t be enough to avoid defeat.

Our tip is for a very close game with a 1-2 victory for Sporting Gijón at the end of the match. We are expecting it to be pretty even. 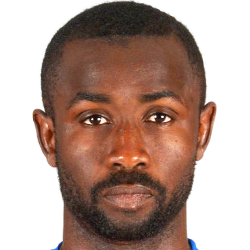 Generally taking to the field in the Centre Midfield position, Pape Maly Diamanka was born in Dakar, Senegal. Having made a first senior appearance for Rayo Vallecano in the 2011 - 2012 season, the skilful Midfielder has accumulated 2 league goals in the LaLiga2 2020 - 2021 season so far in 16 appearances.

We have made these Albacete v Sporting Gijón predictions for this match preview with the best intentions, but no profits are guaranteed. Please always gamble responsibly, only with money that you can afford to lose. Good luck if you do place a bet today.