The National League tie at The Walks on Saturday sees home side King's Lynn Town prepare for the visit of opponents, Aldershot Town.

Our tips, poll and stats for King's Lynn Town v Aldershot Town can all be found here - plus the latest match odds.

Coming into this clash, King's Lynn Town have not won at home in their last 14 matches in the league. It's just so sad.

Aldershot Town go into this game following a 1-0 National League win over Torquay United in their most recent fixture.

The only name on the scoresheet from Aldershot Town was Lewis Kinsella (85').

Looking at their form, and Aldershot Town have been scored against in 5 of their last 6 matches, seeing their opponents hit 13 goals in total. At the back, Aldershot Town have not been doing too well. That pattern won’t necessarily be carried forward into this match, of course.

The last league fixture featuring the two was National League match day 46 on 29/05/2021 which ended up with the score at King's Lynn Town 4-4 Aldershot Town.

The King's Lynn Town boss Ian Culverhouse will be grateful to have no fitness concerns whatsoever before this match thanks to a fully injury-free squad to pick from.

Thanks to a completely healthy group available to choose from, the Aldershot Town boss Mark Molesley has no fitness worries at all before this clash.

We’re inclined to think that Aldershot Town and King's Lynn Town may find themselves both scoring more than one goal each in what promises to be a fairly balanced contest.

Let’s see how it plays out, but we expect to see goals and there is to be a real possibility it will end up level. We therefore see a really entertaining tussle with a 2-2 score at the end of this game. 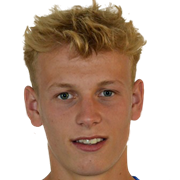 Normally played in the Centre Midfield position, Ethan Coleman was born in Reading, England. After making a first senior appearance for King's Lynn Town in the 2021 - 2022 season, the goalscoring Midfielder has scored a sum of 2 league goals in this National League 2021 - 2022 season so far in 14 appearances.

While we have made these predictions for King's Lynn Town v Aldershot Town for this match preview with the best of intentions, no profits are guaranteed. Always gamble responsibly, and with what you can afford to lose.