The Serie B fixture at Stadio Paolo Mazza on Saturday sees home side SPAL do battle with Alessandria.

Our SPAL v Alessandria tips, poll and stats can be seen in full below including the latest game odds.

SPAL prepare for this match following a 1-1 Serie B drawn game against Cremonese.

In their last six fixtures, Pep Clotet's SPAL have found the net 6 times, with that being an average number of goals scored per match equal to 1.

Ahead of this meeting, SPAL have not won at home in their last 3 league matches.

Following on from suffering a loss in their previous game against Ternana in Serie B competition, Alessandria will be aiming to make amends here.

The trend of at least one side getting a clean sheet in games involving Alessandria has become apparent of late. A glance at their last 6 meetings shows that it’s occurred 5 times. In those clashes, opposing sides have hit a goal tally of 6 while Alessandria have scored 3.

Going into this one, Alessandria are without a win away from home in their last 9 matches in the league. A poor run.

The SPAL boss Pep Clotet does not have any fitness worries at all before this match thanks to a completely injury-free squad available to select from.

With a completely healthy group to choose from, the Alessandria boss Moreno Longo does not have any fitness worries whatsoever before this game.

We’re inclined to think that Alessandria will do well to put one past this SPAL outfit who will likely win and very possibly keep a clean sheet.

We’re therefore expecting a very competitive game with a 1-0 win for SPAL at the conclusion of the game. 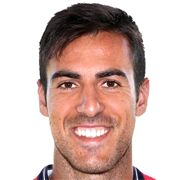 Customarily used in the Centre Midfield position, Marco Mancosu was born in Cagliari, Italy. After having made a senior debut playing for Cagliari in the 2006 - 2007 season, the skilful Midfielder has scored 2 league goals in this Serie B 2021 - 2022 campaign so far from a total of 12 appearances.

We have made these SPAL v Alessandria predictions for this match preview with the best intentions, but no profits are guaranteed. Please always gamble responsibly, only with money that you can afford to lose. Best of luck.