The Championship meeting at Indodrill Stadium on Friday will see hosts Alloa Athletic prepare for the visit of opponents, Dunfermline Athletic.

For all of our match predictions, pre-game poll and statistics for Alloa Athletic v Dunfermline Athletic, scroll down - along with the latest match odds.

The only name on the scoresheet from Alloa Athletic was Innes Cameron (49'). Markus Fjørtoft (55') scored for Greenock Morton.

At least three goals per game have been seen in 5 of the past 6 meetings where Alloa Athletic have been involved. Their opponents scored 16 of them in these games while The Wasps managed to get a total of 5.

Analysis of their past results shows that Alloa Athletic:

Dunfermline Athletic will go into this game following on from a 4-3 Championship win to defeat Arbroath in their previous match.

Stevie Crawford's Dunfermline Athletic have had reason to celebrate scoring a total of 9 times throughout their latest six matches. The aggregate of goals that have been scored against them during the equivalent period comes to 10.

Ahead of this meeting, Dunfermline Athletic are without a win away from home in their last 11 league matches. What a terrible run of away results.

Checking on their prior head to head clashes stretching back to 07/09/2019 shows us that Alloa Athletic have won 3 of them & Dunfermline Athletic 2, with the tally of drawn games standing at 1.

A total of 20 goals were scored between the two sides in these games, with 10 for The Wasps and 10 netted by The Pars. This gives an average number of goals per game equal to 3.33.

The last league meeting featuring these clubs was Championship match day 17 on 20/02/2021 when it ended Dunfermline Athletic 2-1 Alloa Athletic.

Alloa Athletic boss Peter Grant does not have any fitness concerns whatsoever before this clash with a fully healthy group available to select from.

Here is a game where Alloa Athletic will have their work cut out to score against this Dunfermline Athletic lineup who we think will likely score at least once to put them ahead.

That’s why we have predicted a hard-fought contest, finishing with a 0-1 winning score for Dunfermline Athletic when the full-time whistle blows. 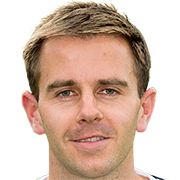 Mostly played in the Right Wing position, Alan Trouten was born in Rutherglen, Scotland. Having made his senior debut playing for Queen's Park in the 2003 - 2004 season, the accomplished Forward has hit 5 league goals in this Championship 2020 - 2021 season so far in 19 appearances.

While we have made these predictions for Alloa Athletic v Dunfermline Athletic for this match preview with the best of intentions, no profits are guaranteed. Always gamble responsibly, and with what you can afford to lose. Good luck if you do place a bet today.