Return to this page a few days before the scheduled game when this expired prediction will be updated with our full preview and tips for the next match between these teams.
Full-Time Result Prediction
👉
Edinburgh City to Win

Alloa Athletic head to Meadowbank Stadium on Saturday for the League One tie with home side Edinburgh City.

Edinburgh City will be hoping to bounce back here after the 2-0 League One defeat last time out to Falkirk.

It has been all too rare in recent times where Edinburgh City have kept a clean sheet. The facts show that Edinburgh City have seen their defence breached in 5 of their previous 6 matches, letting in 8 goals along the way. We will have to see whether or not that trend can be sustained here.

Alloa Athletic will go into the clash after a 5-1 League One win with the defeat of Queen Of The South in their last outing.

Going into this encounter, Alloa Athletic haven't been defeated in their previous 2 league matches away from home.

The Edinburgh City manager Alan Maybury will be thankful to have no fitness worries to speak of coming into this match with a completely healthy squad to pick from.

Due to a fully healthy group to pick from, the Alloa Athletic boss Brian Rice doesn’t have any fitness concerns at all ahead of this clash.

In this match, Alloa Athletic have the firepower to find the net against this Edinburgh City outfit, although it might not quite be enough to prevent defeat.

We’re tipping a narrow 2-1 victory for Edinburgh City at the end of the 90 minutes. Should be a good one. 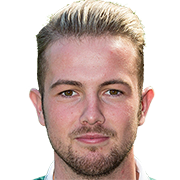 Typically used in the Right Wing position, Danny Handling was born in Scotland. Having made his senior debut playing for Hibernian in the 2010 - 2011 season, the dangerous Forward has scored 7 league goals in this League One 2022 - 2023 campaign so far from a total of 15 appearances.

We have made these Edinburgh City v Alloa Athletic predictions for this match preview with the best intentions, but no profits are guaranteed. Please always gamble responsibly, only with money that you can afford to lose. We wish you the best of luck.