FC Dordrecht will be visiting Yanmar Stadion on Friday for the Eerste Divisie clash with home side Almere City.

Full predictions, pre-match stats and user poll for Almere City v FC Dordrecht are shown on this page - as well as up-to-date odds.

Almere City will be hoping for a better result after a 2-4 Eerste Divisie defeat in their last game at the hands of Jong Ajax.

It has been seldom in recent times that Almere City have kept a clean sheet. In fact, Almere City have failed to prevent opponents from scoring in 5 of their previous 6 games, shipping 11 goals in the process. We shall soon find out if that trend will end up being sustained in this game.

Ahead of this meeting, Almere City have not been beaten in the league by FC Dordrecht in their last 4 matches.

Since being beaten in their last game against Telstar in Eerste Divisie action, FC Dordrecht and their travelling supporters will be hoping that they can get a better result in this one.

Looking at their past head to head clashes dating back to 23/11/2018 shows that Almere City have won 3 of these and FC Dordrecht 1, with the tally of drawn games standing at 2.

The previous league contest featuring the two was Eerste Divisie match day 21 on 22/01/2021 when the final score was Almere City 3-0 FC Dordrecht.

We’re inclined to think that FC Dordrecht must be fancied to put a goal past this Almere City outfit, although that possibly won’t quite be enough to avoid a loss.

We are anticipating a narrow 2-1 victory for Almere City after 90 minutes. Definitely a tough call. 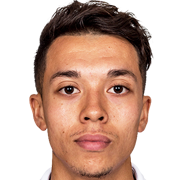 Mostly played in the Left Wing position, Ilias Alhaft was born in Netherlands. After having made a senior debut playing for Sparta Rotterdam in the 2016 - 2017 season, the dangerous Forward has managed 3 league goals in this Eerste Divisie 2021 - 2022 campaign to date in a total of 6 appearances.

We have made these Almere City v FC Dordrecht predictions for this match preview with the best intentions, but no profits are guaranteed. Please always gamble responsibly, only with money that you can afford to lose. We wish you the best of luck.