FC Oss are going up against guests Almere City at Frans Heesenstadion in the Eerste Divisie clash on Saturday.

FC Oss will be hoping to bounce back here after the 3-0 Eerste Divisie loss in their previous game against SC Cambuur.

Matches with FC Oss have tended to be exciting ones recently with plenty of scoring being the norm. Over their past six games alone, the sum total of 22 goals have been recorded for both sides combined (at an average of 3.67 goals per game) with 9 of them coming from TOP Oss.

Coming into this fixture, FC Oss have not emerged victorious against Almere City in their previous 3 league games.

After a loss in their previous game against Helmond Sport in Eerste Divisie competition, Almere City and their fans will hope to get a better result this time.

The only player to score from Almere City was Thomas Verheijdt (86'). Jelle Goselink (28') and Lance Duijvestijn (81') scored for Helmond Sport.

Ole Tobiasen's Almere City have managed to stick the ball in the net a total of 10 times throughout their latest six matches. The aggregate of goals that they have conceded during the equivalent period equals 8.

Their prior results show that Almere City:

A review of their past head-to-head meetings dating back to 22/09/2017 tells us that FC Oss have won 2 of these & Almere City 3, with the number of drawn matches being 1.

A sum of 21 goals were scored between them during those clashes, with 9 from TOP Oss and 12 for De Zwarte Schapen. That’s an average goals per game figure of 3.5.

The previous league match between these clubs was Eerste Divisie match day 3 on 15/09/2020 and the score finished Almere City 3-0 FC Oss.

The referee was Stan Teuben.

Our assessment is that FC Oss have it within them to get a goal against this Almere City team, but a single goal might not be enough to prevent defeat. 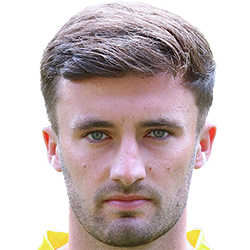 Regularly playing in the Striker position, Mart Remans was born in Eygelshoven, Netherlands. Having made his senior debut playing for Roda JC Kerkrade in the 2018 - 2019 season, the goalscoring Forward has accumulated 6 league goals in this Eerste Divisie 2020 - 2021 season so far from a total of 12 appearances.

While we have made these predictions for FC Oss v Almere City for this match preview with the best of intentions, no profits are guaranteed. Always gamble responsibly, and with what you can afford to lose. We wish you the best of luck.