Our tips, poll and stats for Almere City v Roda JC Kerkrade can all be found here - as well as up-to-date odds.

Almere City will be looking for an improved result here after a 5-1 Eerste Divisie defeat in their last game at the hands of Jong PSV.

Fixtures featuring Almere City have often been lively ones lately with a lot of goalmouth action anticipated. Over their past six games alone, a total of 20 goals have gone in for both sides combined (at an average of 3.33 goals per game) with 6 of these being chalked up by Almere City.

Coming into this fixture, Almere City haven't been beaten in the league by Roda JC Kerkrade in their last 6 matches.

Roda JC Kerkrade will go into this match following on from a 1-0 Eerste Divisie win versus MVV in their previous fixture.

Delving into their past head to head meetings stretching back to 01/02/2019 shows that these encounters have not been fruitful for Roda JC Kerkrade. They have not been able to get themselves any victories at all while Almere City have simply been better than them, beating them in 67% of those games where they have faced each other.

A combined total of 17 goals were scored between the two sides in these games, with 11 from De Zwarte Schapen and 6 for De Koempels. The average number of goals per game works out to 2.83.

The previous league meeting between these sides was Eerste Divisie match day 4 on 27/08/2021 when it ended Roda JC Kerkrade 3-4 Almere City.

Roda JC Kerkrade boss Jurgen Streppel has to choose from a squad that has some fitness concerns. Jamil Takidine (Knock) and Florian Mayer (Unknown Injury) are those who can’t be considered. Benjamin Bouchouari is ineligible for this match because of suspension.

We’re of the view that Almere City are likely to find the net against this Roda JC Kerkrade outfit, but a single goal probably shouldn’t be as many as they’ll concede.

We’re going for a tight encounter finishing with a 1-2 victory for Roda JC Kerkrade after 90 minutes. Should be a good one. 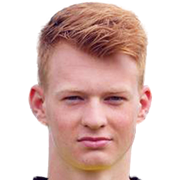 Regularly used in the Striker position, Jonas Arweiler was born in Germany. Having played his first senior match for Jong Utrecht in the 2018 - 2019 season, the dangerous Forward has hit 8 league goals in the Eerste Divisie 2021 - 2022 season so far in 19 appearances.

While we have made these predictions for Almere City v Roda JC Kerkrade for this match preview with the best of intentions, no profits are guaranteed. Always gamble responsibly, and with what you can afford to lose.