All Altrincham v Southend United match predictions, user poll and stats are shown below - plus the latest match odds.

Altrincham go into this game coming off the back of a 2-2 National League tied result against Chesterfield.

For Altrincham, goals were scored by Matt Kosylo (84') and A-Jay Leitch-Smith (96'). Liam Mandeville (11') and Kabongo Tshimanga (44') scored for Chesterfield.

Altrincham have not been the best at stopping their opponents of late, although they’ve also found ways to hit the back of the net themselves. Analysis of their previous 6 games shows that Altrincham have seen their goal breached in 6 of them as well as managing to get on the scoresheet in 6 of those matches. That kind of trend won’t necessarily be continued into this next game, however.

Coming into this fixture, Altrincham have not won at home in their last 2 league matches.

Since a loss in their previous game against Grimsby Town in National League action, Southend United and their travelling fans will hope for a better result here.

The strike force from Southend United have had real problems scoring goals in their past six games, netting the disappointing return of just 4. In those fixtures, The Shrimpers have also seen the overall goal aggregate of opposing teams equal 12.

Going into this encounter, Southend United have not won away from home in their last 7 matches in the league.

The Altrincham boss Phil Parkinson has no fitness worries at all before this clash owing to a fully healthy group available for selection.

Due to a completely injury-free squad available to choose from, the Southend United boss Kevin Maher has zero fitness worries at all coming into this game.

For this match, we think that Southend United will likely be able to put a goal past this Altrincham team, although it may not quite be enough to prevent defeat.

Our selection here is for a tight encounter finishing with a 2-1 win for Altrincham when the full-time whistle blows. It will be interesting to see how this one goes. 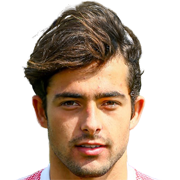 Mostly taking up the Left Attacking Midfielder position, Dan Mooney was born in Wales. After having played his first senior match for Altrincham in the 2021 - 2022 season, the gifted Midfielder has scored a sum of 4 league goals in this National League 2021 - 2022 campaign so far in 11 appearances.

We have made these Altrincham v Southend United predictions for this match preview with the best intentions, but no profits are guaranteed. Please always gamble responsibly, only with money that you can afford to lose. Good luck!