Atletico PR head to Estádio Raimundo Sampaio on Saturday for the Serie A clash with home side América Mineiro.

For all of our match predictions, pre-game poll and statistics for América Mineiro v Atletico PR, scroll down (including the best match odds).

América Mineiro, buoyed by their previous result, will be hoping for more of the same after the 2-0 Serie A triumph versus Ceará.

Fewer than three goals per game were scored during 6 of the past 6 fixtures where América Mineiro have taken part. With regard to the goal split in that period, opposing sides scored a total of 5 while América Mineiro managed the sum of 6.

Heading into this fixture, América Mineiro haven't won against Atletico PR in their last 2 matches in the league.

Previously, Atletico PR drew 0-0 in the Serie A tie with Sport Recife.

The attacking players from Atletico PR have made hard work of scoring goals over their previous six clashes, netting the poor return of just 3. In those matches, Furação have also seen the overall goal aggregate against them equal 6. Such a trend won’t necessarily follow through into this match, though.

Looking at the statistics for their head to head meetings going back to 27/11/2011, there has been little to separate the clubs with América Mineiro winning 3 of those games, Atletico PR 3 and 0 being drawn in regulation time.

14 goals were yielded between them throughout the course of those matches, with 6 of them for Coelho and 8 created by Furação. The average goals per game has been 2.33.

The last league fixture featuring these clubs was Serie A match day 1 on 30/05/2021 which finished with the scoreline of Atletico PR 1-0 América Mineiro.

That time, Atletico PR had 56% possession and 11 attempts at goal with 5 of them on target. Their only player to score was Carlos Eduardo (87').

For their opponents, América Mineiro had 14 attempts at goal with 4 of them on target.

The América Mineiro boss Vágner Mancini will be thankful to have no fitness concerns whatsoever before this game owing to a completely healthy squad ready to go.

Out of a mainly full-strength group of players, there’s just the lone fitness issue for the Atletico PR gaffer António Oliveira to be concerned with. Matheus Babi (Cruciate Ligament Surgery) won’t be in action.

We’re envisaging that Atletico PR will need things to go their way to breach the defence of this América Mineiro side who should get the win and a maybe even keep a clean sheet as well.

We’re therefore tipping a very competitive encounter with a 1-0 winning margin for América Mineiro when the referee blows for full-time. 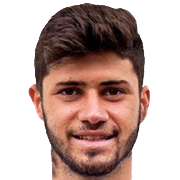 Mostly used in the position, Fabricio was born in Araraquara, Brazil. Having played his first senior match for América Mineiro in the 2021 season, the dangerous Forward has bagged 2 league goals in the Série A 2021 campaign so far coming from a total of 8 appearances.

We have made these América Mineiro v Atletico PR predictions for this match preview with the best intentions, but no profits are guaranteed. Please always gamble responsibly, only with money that you can afford to lose.