Fluminense play host to visitors América Mineiro at Estádio do Maracanã in this Serie A clash on Sunday.

Our Fluminense v América Mineiro predictions, statistics and match poll can be seen below - plus the latest match odds.

Fluminense will be looking to improve on their last outing here following the 1-0 Serie A loss in their previous game against Juventude.

Fluminense have found it difficult to unlock defences of late. Their sum of goals equals just 3 against opposition teams during the course of their previous six fixtures. In those meetings, Fluminense have also seen the number of goals that have gone against them come to 6.

In their last fixture, América Mineiro drew 0-0 in the Serie A match with Atlético Goianiense.

Marquinhos Santos's América Mineiro have seen their goal attempts be successful a total of 10 times throughout their previous 6 matches. The overall goals that have been scored against them during that period adds up to 5.

Going into this encounter, América Mineiro have not won against Fluminense when they have played them away from home in the previous 2 league games.

A look at their past head-to-head meetings going back to 12/11/2011 shows that Fluminense have won 3 of these games and América Mineiro 2, with the tally of drawn games standing at 1.

A total of 7 goals were produced between them in this period, with 4 of them for Tricolor and 3 created by Coelho. The average goals per game has been 1.17.

The last league clash between these sides was Serie A match day 15 on 08/08/2021 when it ended América Mineiro 1-0 Fluminense.

On that day, América Mineiro managed 45% possession and 15 attempts on goal with 7 on target. Their only player on the scoresheet was Ademir (72').

Fluminense had 7 attempts at goal with 2 of them on target.

The Fluminense manager Marco Marcão will be grateful to have no fitness worries whatsoever coming into this clash owing to a fully healthy squad available to choose from.

With a fully injury-free squad to pick from, the América Mineiro boss Marquinhos Santos has zero fitness concerns at all coming into this clash.

Our feeling is that América Mineiro may not find it easy to be putting a goal past this Fluminense side who we reckon should emerge victorious.

We’re therefore seeing a hard-fought contest, finishing with a 1-0 winning score for Fluminense after 90 minutes. 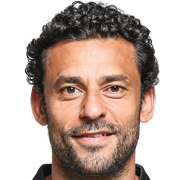 Regularly taking up the Striker position, Fred was born in Teófilo Otoni, Brazil. Having made a first senior appearance for Cruzeiro in the 2004 season, the skilful Forward has bagged 3 league goals in the Série A 2021 campaign to date from a total of 20 appearances.

We have made these Fluminense v América Mineiro predictions for this match preview with the best intentions, but no profits are guaranteed. Please always gamble responsibly, only with money that you can afford to lose. Good luck!