América Mineiro arrive at Estádio Nabi Abi Chedid on Saturday for the Serie A game with hosts Red Bull Bragantino.

Scroll down to see all of the predictions, poll and statistics for Red Bull Bragantino v América Mineiro - as well as the best betting odds.

Red Bull Bragantino will be looking to improve on their last outing here after a 3-0 Serie A loss in their previous game against Grêmio.

In that game, Red Bull Bragantino had 48% possession and 7 shots at goal with 2 on target. For their opponents, Grêmio had 25 attempts at goal with 10 of them on target. Diego Souza (5'), Lucas Silva (34') and Jhonata Robert (38') scored for Grêmio.

An interesting trait of more recent Red Bull Bragantino games is seeing a zero in the scoreline.

Taking their previous 6 matches leading up to this one, in 6 of them a wager on both teams scoring would've lost. We will find out whether or not that trend can be continued on here.

After suffering a loss in their previous game against Fluminense in Serie A competition, América Mineiro will be aiming to make amends here.

The last league clash featuring the two was Serie A match day 17 on 23/08/2021 when the final score was América Mineiro 0-2 Red Bull Bragantino.

That day, América Mineiro had 51% possession and 14 shots on goal with 3 of them on target.

The match was refereed by Rafael Traci.

The Red Bull Bragantino boss Maurício Barbieri does not have any fitness worries whatsoever ahead of this game with a completely injury-free group ready to go.

With a fully injury-free group available to select from, the América Mineiro manager Marquinhos Santos doesn’t have any fitness concerns to speak of coming into this match.

In this game, América Mineiro have the capability to find the net against this Red Bull Bragantino team, although it isn’t expected to be enough to avoid a loss.

We’re expecting both teams to score in a 2-1 winning margin for Red Bull Bragantino by the time that the referee blows the final whistle. Should be a good one. 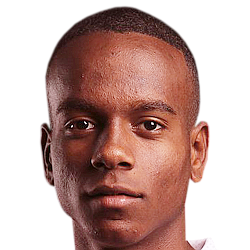 Usually used in the Right Wing position, Helinho was born in Sertãozinho, Brazil. After having made a senior debut playing for São Paulo in the 2018 season, the dangerous Forward has hit 5 league goals in this Série A 2021 campaign so far in a total of 29 appearances.

We have made these Red Bull Bragantino v América Mineiro predictions for this match preview with the best intentions, but no profits are guaranteed. Please always gamble responsibly, only with money that you can afford to lose. Good luck!