This América Mineiro v São Paulo live stream video is ready for 02/10/2022. Soccer fans can watch this match on a live streaming service should the game be featured in the schedule provided above. Here we provide useful information for watching this Serie A game including the most recent team form, h2h clashes and our match views.

To watch the game via other ways, search for tv schedules for your place of residence. Such broadcasting deals are usually allocated on a per-competition/league or even per-fixture basis. For fixtures shown live on regional television programmes, check the listings on the likes of BT Sport, Amazon Prime Video, Sky Sports, Now TV, iTV, Canal+, Fox Soccer, ESPN relevant to where you are.

When the abovementioned broadcaster indicates that they have the América Mineiro v São Paulo football live streaming coverage, you can see it on your mobile (iPhone, Android including Infinix) and PC plus tablet (eg iPad, Huawei MatePad).

Post-game, we might also provide a link to game highlights from time to time. We aren’t responsible for the transmission of any game video content linked to from this site. All legal issues must be dealt with via the hosters/owners of the content.

América Mineiro will host guests São Paulo at Estádio Raimundo Sampaio in the Serie A fixture on Thursday.

To see all of our predictions, user poll & stats for América Mineiro v São Paulo, scroll down including the latest game odds.

América Mineiro will be looking for another win after the 1-2 Serie A triumph over Ceará.

Their more recent scorelines show that there has been much resilience in the América Mineiro backline. América Mineiro have been miserly, resulting in the number of goals that have gone past their goalkeeper over the course of their past 6 games standing at 4. In any event, it remains to be seen whether that trend shall continue on in this match.

Coming into this contest, América Mineiro are unbeaten in their last 5 league matches at home.

After a losing effort in their last game against Independiente del Valle in Copa Sudamericana competition, São Paulo and their travelling supporters will be hoping that they can get a better result in this one.

The trend of at least one side getting a clean sheet in games involving São Paulo has become apparent of late. A glance at their last six outings reveals that it has occurred 5 times. During these clashes, opposing sides have managed a goal total of 4 while São Paulo have scored 9.

An examination of their most recent head-to-head clashes dating back to 22/09/2018 shows that América Mineiro have won 1 of these and São Paulo 2, with the number of draws standing at 3.

10 goals were yielded between them during those clashes, with 5 of them from Coelho and 5 for Tricolor Paulista. That’s an average goals per game figure of 1.67.

The América Mineiro manager Vágner Mancini will be grateful not to have any fitness concerns whatsoever ahead of this clash with a fully healthy group ready to go.

When taking all factors into account, São Paulo and América Mineiro could well both score and end up finding themselves in a fairly even game here.

There should be little in it, and a draw looks to be quite a realistic result. We’re therefore predicting a tight encounter, finishing with a 1-1 score at full-time. 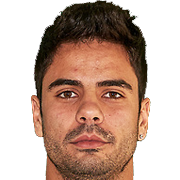 Typically played in the Striker position, Henrique Almeida was born in Distrito Federal , Brazil. After making a first senior appearance for São Paulo in the 2009 season, the skilful Forward has bagged 4 league goals in the Série A 2022 campaign to date coming from a total of 21 appearances.

We have made these América Mineiro v São Paulo predictions for this match preview with the best intentions, but no profits are guaranteed. Please always gamble responsibly, only with money that you can afford to lose. We wish you the best of luck.

⚽️ Where can I see the previews for other Serie A games?

View all of our upcoming (and previous) Serie A predictions & previews here.