The Serie A tie at Estádio Raimundo Sampaio on Monday sees hosts América Mineiro take to the field against opponents Sport Recife.

All América Mineiro v Sport Recife game predictions, stats and user poll are shown below - as well as the best betting odds.

América Mineiro will be hoping to return to winning ways here following a 0-1 Serie A defeat last time out to Atlético Mineiro.

It’s been seldom in recent games where América Mineiro have kept a clean sheet. The facts show that Coelho have failed to prevent opponents from scoring in 5 of their previous 6 matches, letting in 10 goals during that time.

Following on from tasting defeat last time out to Fluminense in Serie A action, Sport Recife and their travelling supporters will be hoping that they can get a better result in this one.

The attacking players from Sport Recife have failed to get amongst the goals over their previous six encounters, recording the unsatisfactory return of just 3. In those matches, Leão da Ilha have also seen the overall goal aggregate of their opponents equal 6. In any event, it remains to be seen if that pattern might persist in this upcoming match.

A look at their past head-to-head clashes dating back to 03/08/2016 tells us that América Mineiro have won 3 of them & Sport Recife 1, with the tally of draws being 2.

A combined sum of 16 goals were shared by the two clubs in these games, with 11 for Coelho and 5 for Leão da Ilha. The average number of goals per game works out to 2.67.

América Mineiro boss Vágner Mancini will be thankful to have no fitness concerns to speak of coming into this match with a fully injury-free group to pick from.

Thanks to a fully healthy squad ready to go, Sport Recife boss Umberto Louzer does not have any fitness concerns whatsoever ahead of this clash.

Our thinking is that Sport Recife may well find it hard to be putting a goal past this América Mineiro side who we reckon will manage to get a goal of their own in a winning performance.

We’re going for a highly competitive game with a 1-0 winning margin for América Mineiro at the end of this game. 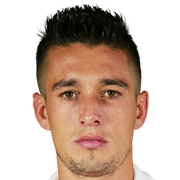 Normally used in the Centre Midfield position, Juninho Valoura was born in Rio de Janeiro, Brazil. After having made a senior debut playing for Bahia in the 2017 season, the gifted Midfielder has scored a sum of 2 league goals in the Série A 2021 season to date coming from a total of 8 appearances.

While we have made these predictions for América Mineiro v Sport Recife for this match preview with the best of intentions, no profits are guaranteed. Always gamble responsibly, and with what you can afford to lose. Good luck if you do place a bet today.