The Liga MX (Clausura) meeting at The Estadio Azteca on Sunday will see home side Club América welcome guests Puebla.

All of our predictions, stats and the user poll for Club América v Puebla are shown below - plus the latest match odds.

Club América head into this match coming off the back of a 2-2 Liga MX (Clausura) drawn result versus Toluca.

In that match, Club América had 50% possession and 18 shots at goal with 4 of them on target. For Club América, the goalscorers were Brian Rodríguez (16') and Henry Martín (76'). At the other end, Toluca had 18 attempts at goal with 12 on target. Carlos González (7') and Carlos Orrantía (22') scored for Toluca.

Matches with Club América have proved to be absorbing affairs lately with plenty of scoring the rule rather than the exception. Over their past 6 clashes alone, a total of 22 goals have flown in for both teams combined (at an average of 3.67 goals per game) with 15 of these being chalked up by Club América. We will have to find out if that trend can be continued on into this next match.

Analysis of their past results shows that Club América:

Puebla come into this clash after a 2-0 Liga MX (Clausura) win over Querétaro FC in their previous outing.

In that match, Puebla managed 60% possession and 12 attempts on goal with 5 on target. For Puebla, the scorers were Federico Mancuello (22') and Guillermo Martínez (63'). On the other side, Querétaro FC had 11 attempts at goal with 5 of them on target.

The stats don’t lie, and Puebla have been scored against in 5 of their last 6 matches, letting opponents get 19 goals in all. At the back, Puebla have clearly had some problems.

Their prior results show that Puebla:

Checking on their past head to head results going back to 08/01/2022 tells us that these encounters have been disappointments for Puebla. They have not been able to register any victories at all whereas Club América have maintained the edge over them, getting wins in 67% of those games played.

The Club América manager Fernando Ortiz will be thankful to have no fitness worries to speak of coming into this match owing to a completely healthy group available for selection.

Owing to an otherwise healthy group, there is just the one fitness worry for the Puebla manager Eduardo Arce to be concerned about. Fernando Aristeguieta (Tibia and Fibula Fracture) misses out for this game.

We’re inclined to think that Club América will, in all likelihood, stay in control for long periods of time and should be able to convert a few of the chances that they create.

At the same time, Puebla will be up against it to make a breakthrough but we do fancy them being dangerous at times.

Therefore, we are anticipating a 3-1 margin for Club América come full-time. 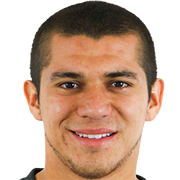 Mostly taking up the Striker position, Henry Martín was born in Mérida, Mexico. Having played his first senior match for Club Tijuana in the 2014 - 2015 season, the talented Forward has managed 10 league goals in the Liga MX (Apertura) 2022 - 2023 season to date in a total of 17 appearances.

While we have made these predictions for Club América v Puebla for this match preview with the best of intentions, no profits are guaranteed. Always gamble responsibly, and with what you can afford to lose. Best of luck.