Return to this page a few days before the scheduled game when this expired prediction will be updated with our full preview and tips for the next match between these teams.
Full-Time Result Prediction
👉
Dijon to Win

The Ligue 2 tie at Stade Gaston-Gérard on Saturday will see home team Dijon go into battle with Amiens.

Scroll down to see all of the predictions, poll and statistics for Dijon v Amiens SC - plus the latest betting odds.

Dijon will be hoping to return to winning ways here after a 2-0 Ligue 2 losing effort in their last game against Havre AC.

Fewer than three goals per game were recorded in 5 of the past 6 fixtures where Dijon have taken part. With regard to the goal attribution during that period, opposing sides scored an aggregate of 6 and Dijon managed the sum of 5.

Last time out, Amiens drew 0-0 in the Ligue 2 match with Toulouse.

Philippe Hinschberger's Amiens SC have turned their attacks into goals a total of 6 times in the course of their most recent 6 matches. The overall goals that they have conceded during the equivalent period comes to 7.

Their past results show that Amiens SC:

Checking on their past head to head meetings going back to 22/05/2009 shows us that Dijon have won 0 of these and Amiens 2, with the tally of draws standing at 4.

10 goals were scored between them in these games, with 4 from Dijon and 6 created by Amiens. That’s an average goals per game figure of 1.67.

In that match, Amiens SC managed 53% possession and 6 shots at goal with 2 of them on target. Their only player to score was Moussa Konaté (28').

In an otherwise full-strength group of players, there is just a single fitness worry for the Amiens gaffer Philippe Hinschberger to be concerned with. Nicholas Opoku (Cruciate Ligament Rupture) won’t be in action.

When taking everything into account, Amiens SC will need things to go their way to break down this Dijon lineup who will likely be able to get on the scoresheet themselves in a winning performance.

That’s why we have predicted a very competitive encounter with a 1-0 winning score for Dijon at the end of this game. 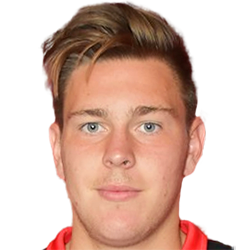 Customarily taking up the Striker position, Aurélien Scheidler was born in Saint-Martin-Boulogne, France. After making a first senior appearance for Orléans in the 2019 - 2020 season, the accomplished Forward has hit 4 league goals in the Ligue 2 2021 - 2022 season to date in a total of 11 appearances.

While we have made these predictions for Dijon v Amiens SC for this match preview with the best of intentions, no profits are guaranteed. Always gamble responsibly, and with what you can afford to lose. Good luck!