Nîmes host away side Amiens at Stade des Costières in the Ligue 2 fixture on Saturday.

Full predictions, pre-match stats and user poll for Nîmes v Amiens SC are shown on this page - plus the latest betting odds.

Nîmes will be hoping for a better result after the 2-1 Ligue 2 defeat in their last game at the hands of Grenoble.

The only player to score from Nîmes was Léon Delpech (1'). Mamadou Diallo (54') and David Henen (93') scored for Grenoble.

Their latest results highlight the fact that huge efforts have been put in by the Nîmes rearguard. Nîmes have kept it tight, with the number of goals that have flown into the back of their net over the course of their previous six games standing at 3.

Following on from a losing effort in their last game against Rodez in Ligue 2 competition, Amiens and their fans will hope to get a better result this time.

Bradley Danger (34') was the scorer for Rodez.

The strike force from Amiens have had real problems scoring goals in their past six games, contributing the unsatisfactory return of only 4. In those fixtures, Amiens have also seen the overall goal tally of opposing teams equal 7. We will just have to find out whether or not that trend can be continued on here.

Inspecting their prior head to head clashes dating back to 20/03/2009 tells us that Nîmes have won 3 of them and Amiens 2, with the tally of drawn results being 1.

17 goals were produced between them throughout the course of those matches, with 10 from Les Crocodiles and 7 coming from Amiens. That’s an average goals per game figure of 2.83.

That day, Nîmes managed 37% possession and 11 attempts at goal with 3 of them on target. Their only player on the scoresheet was Pablo Martinez (41').

On the other side, Amiens SC had 13 shots at goal with 5 of them on target. Arturo Calabresi (95') was the scorer.

Regarding absentees, there’s just a single fitness concern for the Nîmes boss Pascal Plancque to be concerned with thanks to an almost full-strength set of players. Anthony Briancon (Knee Surgery) is out of contention.

Amiens boss Philippe Hinschberger has a number of players out of action. Eddy Gnahoré (Unknown Injury) and Nicholas Opoku (Cruciate Ligament Rupture) will miss out on this game.

In this game, Amiens SC have it within them to get a goal against this Nîmes side, although it is unlikely to be enough to avoid defeat.

We’re predicting a 2-1 winning score for Nîmes after 90 minutes. Let’s just see how this one goes. 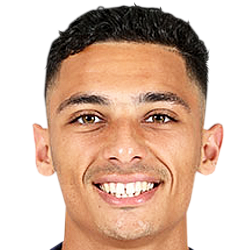 Usually taking to the field in the Central Attacking Midfielder position, Yassine Benrahou was born in Le Blanc-Mesnil, France. After having made a senior debut playing for Girondins de Bordeaux in the 2018 - 2019 season, the accomplished Midfielder has managed to score 3 league goals in this Ligue 2 2021 - 2022 season to date from a total of 7 appearances.

While we have made these predictions for Nîmes v Amiens SC for this match preview with the best of intentions, no profits are guaranteed. Always gamble responsibly, and with what you can afford to lose. Good luck!