FC Cartagena will be visiting Municipal Nuevo Urritxe on Saturday for the La Liga 2 tie with home team Amorebieta.

View all Amorebieta v FC Cartagena tips, stats and our pre-match poll below (including the best match odds).

Amorebieta will be looking for an improved result here after the 2-1 La Liga 2 loss in their previous game against Tenerife.

In that game, Amorebieta managed 59% possession and 12 attempts at goal with 4 of them on target. The only player to score for Amorebieta was Asier Etxaburu (70'). On the other side, Tenerife got 8 attempts on goal with 3 on target. Elady Zorrilla (29') and Samuel Shashoua (64') scored for Tenerife.

It’s not been often in recent times where Amorebieta have shown defensive steel. The reality is that Amorebieta have failed to prevent opponents from scoring in 6 of their previous 6 matches, shipping 8 goals on the way.

Going into this one, Amorebieta are without a win at home for the past 3 league games.

FC Cartagena will go into this match following on from a 5-1 La Liga 2 win over Ibiza in their last game.

The stats tell the story, and FC Cartagena have been scored against in 5 of their last 6 matches, conceding 10 goals in total. At the back, FC Cartagena seem to have a bit of a soft underbelly. We will have to find out whether or not that trend will be continued on here.

Nearly everyone is up for selection, with just the sole fitness concern for the Amorebieta manager Iñigo Vélez to be concerned with from of an almost fully healthy group. Iker Unzueta (Sprained ankle) is out of contention.

With a completely injury-free squad ready to go, the FC Cartagena manager Luis Carrión has no fitness worries whatsoever before this game.

It seems to us that FC Cartagena and Amorebieta should both get enough opportunities to score, although it’s hard to separate the two.

There should be little in it, and a draw looks to be quite a realistic result. We therefore think that it’s going to be a close game with a score draw at the end of the 90. 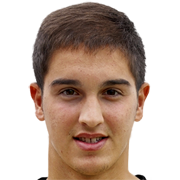 Mostly deployed in the Central Attacking Midfielder position, Asier Etxaburu was born in Ondarroa, Spain. After having made a senior debut playing for Amorebieta in the 2021 - 2022 season, the talented Midfielder has managed to score 2 league goals in the LaLiga2 2021 - 2022 season to date coming from a total of 7 appearances.

We have made these Amorebieta v FC Cartagena predictions for this match preview with the best intentions, but no profits are guaranteed. Please always gamble responsibly, only with money that you can afford to lose. Good luck if you do place a bet today.